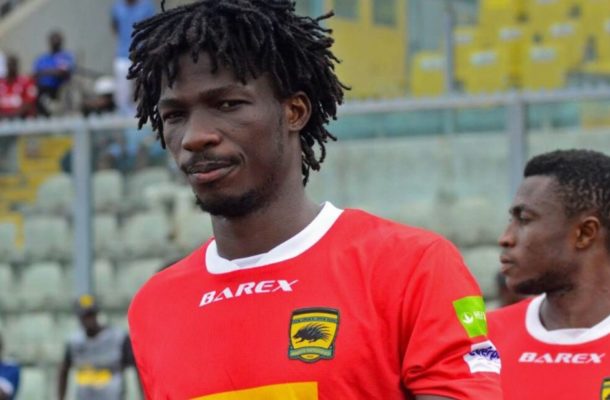 The Burkinabe import who was the club’s top scorer at the end of the botched Ghana Premier League first round is on a run of six games without scoring for the Porcupine Warriors.

Despite missing a lot of chances, Yacouba provided two assists in Kotoko’s 2-1 victory against Zesco United on Wednesday.

Speaking to the press after the game, the former Wa All Stars gaffer said, "He [Songne Yacouba] is a great player but the unfortunate thing is that he is not scoring.

"I will urge the Kotoko supporters not to pressure him to score because he has been assisting his players to score and that is the important thing.

"The fact that he is not scoring does not make him a bad player. The team is playing well but he will need time to start scoring," he added.