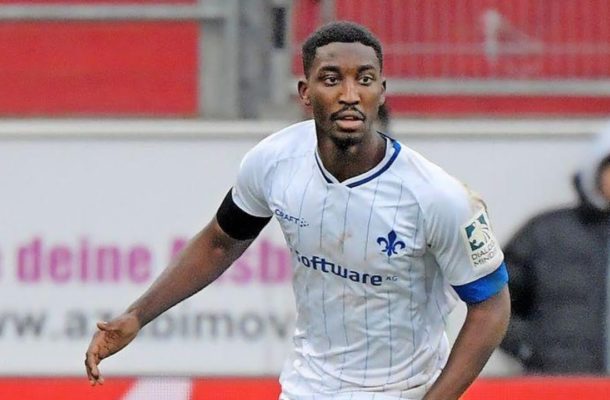 Black Stars new boy Patric Pfeiffer clashed with his coach at Bundesliga II side Darmstadt 98, Torsten Lieberknecht on Tuesday at the club's training grounds during training.

There was a heated argument between the pair before the defender was sent off for an early shower.

Lieberknecht freaked out in training on Tuesday because he didn't like Pfeiffer's posture, says an observer of the incident.

He accused the player of ingratitude, and said literally: "Who had you on the slip two years ago?" Strong language was used. After all, the coach sent Pfeiffer to take a shower early. The club and the player's environment basically confirmed the incident, but without giving any details.

The club confirmed the dispute in principle but did not want to overestimate it. "It's completely normal for it to get louder during a session. For me it's an absolute non-issue," said sports director Carsten Wehlmann.

Pfeiffer's contract with Lilien expires next summer and the defender is on the list of two Bundesliga clubs.

Earlier this week it was announced by the Ghana Football Association that the Hamburg-born defender has decided to play for the Black Stars of Ghana with his nationality switch complete.