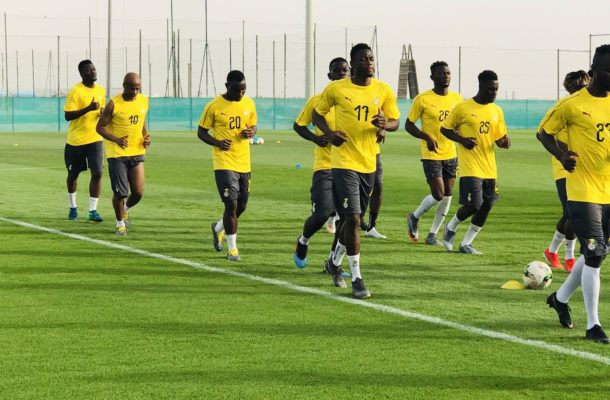 Several Black Stars players will be given the opportunity to justify their inclusion in today’s friendly encounter against Namibia at their training base in Dubai.

Coach Kwesi Appiah will use the warm-up game to assess his players as he prepares to name his final squad for the 2019 AFCON on Monday, June 10.

The Black Stars boss will cut down his 28-man provisional squad to 23 players.

Mohammed Alhassan, Samuel Owusu, Kwabena Owusu and Abdul Fatawu are among those who could be handed their debut.

While Abdul Baba Rahman, Thomas Agyepong, Joseph Attamah, Yaw Yeboah, and Ebenezer Ofori will all be aiming to stake a claim to Ghana’s AFCON squad.