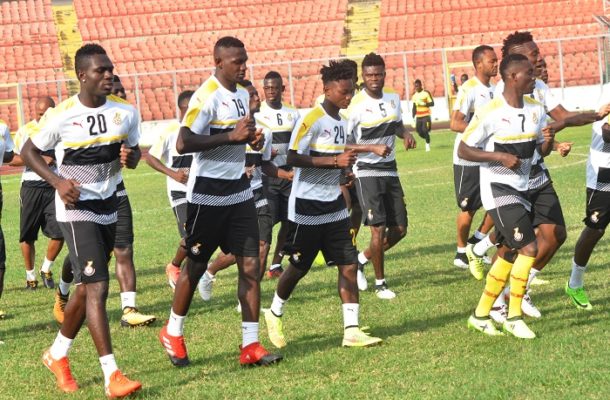 The Black Stars will start training at the Legon Presec Park on Tuesday ahead of the double header against Japan and Iceland.

Head coach Kwesi Appiah wants to use the non-residential camping to get his squad in shape for the two international friendlies.

Players named in the 20-man squad and are in town for holidays are expected to report.

Appiah caused a bit of shock after refusing to name Jordan Ayew- Swansea City's top scorer in the just ended English Premier League- and his brother Andre in his squad.

Substantive captain Asamoah Gyan of Turkish side Kayserispor was also not invited.

The team will leave Ghana on 25 May, 2018 to Japan to face the Asian side who want to test their readiness for this summer's FIFA World Cup finals in Russia.