Blame NDC executives in Techiman for death of their supporters – NPP 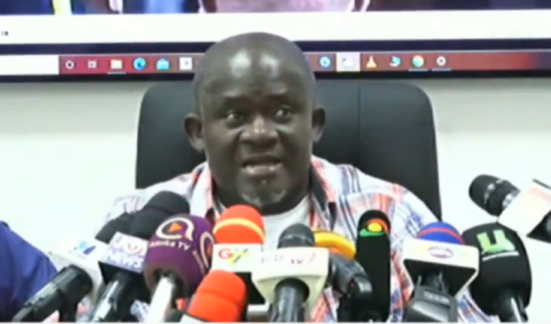 The Former Municipal Chief Executive for Techiman South has blamed the National Democratic Congress (NDC) executives in Techiman for the death of their supporters.

Prince Donyinah said the governing NPP had no hand in the attack, death and mayhem caused in the Bono East Regional capital.

Speaking at a press conference Friday morning, he said the NPP was on its way to victory so there was no need for its supporters to engage in any violent act.

Two persons sustained gunshot wounds in a shooting incident at the Techiman South constituency in the Bono East Region.

The confusion is said to have erupted when supporters of the National Democratic Congress (NDC) prevented the presiding officer from declaring the New Patriotic Party (NPP) parliamentary candidate, Martin Adjei-Mensah Korsah the winner.

Reporting the incident, JoyNews’ Correspondent, Anas Sabit said the NDC had earlier announced that the party has retained the seat, therefore, it came as a surprise when the electoral officer said their opponent had won the election.

But the MCE has absolved the governing party from any blame in the incident.

He added that no one confident of electoral victory like the NPP supporters will fight.

Mr Donyinah is, therefore, calling all peace-loving Ghanaians to condemn the act of violence.