BLOODY: Lesbian couple are brutalized on London bus after they were seen kissing 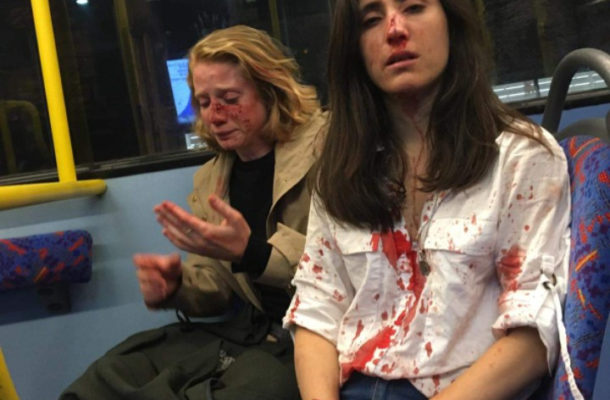 Two women were brutally beaten and robbed by a group of men in a homophobic attack on a London bus.

The women - Melania Geymonat and her girlfriend Chris - were on a night bus in Camden, north London, in the early hours of May 30 when they were attacked.

Melania Geymonat took to Facebook to share photo of herself and her girlfriend, Chris, covered in blood, as she narrated the assault.

Geymonat said that at least four men started harassing her and her girlfriend when they saw them kissing on the upper deck of the bus.

She wrote: "They started behaving like hooligans, demanding that we kissed so they could enjoy watching, calling us 'lesbians' and describing sexual positions."

She said she tried to calm them down by making jokes but the attack only intensified. She said they "kept on harassing us, throwing us coins and becoming more enthusiastic about it."

She continued: "I got dizzy at the sight of my blood and fell back."

Geymonat said she doesn't remember whether she lost consciousness. Then the bus stopped and police arrived, she said.

She went further to say in her post: "I don't know yet if my nose is broken, and I haven't been able to go back to work, but what upsets me the most is that VIOLENCE HAS BECOME A COMMON THING, that sometimes it's necessary to see a woman bleeding after having been punched to feel some kind of impact.

"We have to endure verbal harassment AND CHAUVINIST, MISOGYNISTIC AND HOMOPHOBIC VIOLENCE because when you stand up for yourself s**t like this happens."

London's Mayor, Sadiq Khan condemned the attack on Twitter, writing: "This was a disgusting, misogynistic attack. Hate crimes against the LGBT+ community will not be tolerated in London.

"The @metpoliceuk are investigating and arrests have been made. If you have any information - call 101." 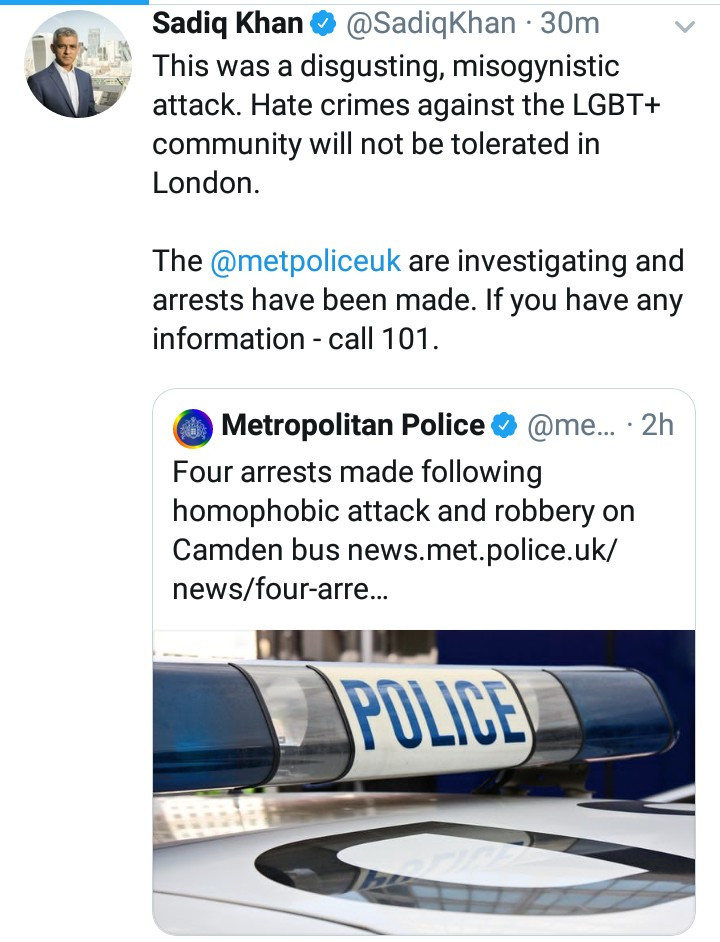 Police are calling for witnesses to the attack.

The police said in a statement earlier Friday: "As they sat on the top deck they were approached by a group of four males who began to make lewd and homophobic comments to them. The women were then attacked and punched several times before the males ran off the bus. A phone and bag were stolen during the assault.

"Both women were taken to hospital for treatment to facial injuries."

Police added later that arrests had been made, but gave no further details. 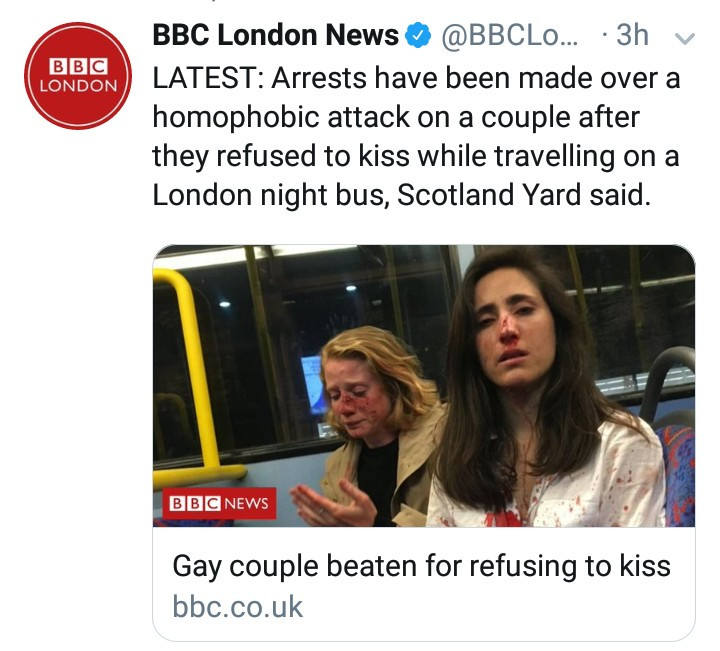