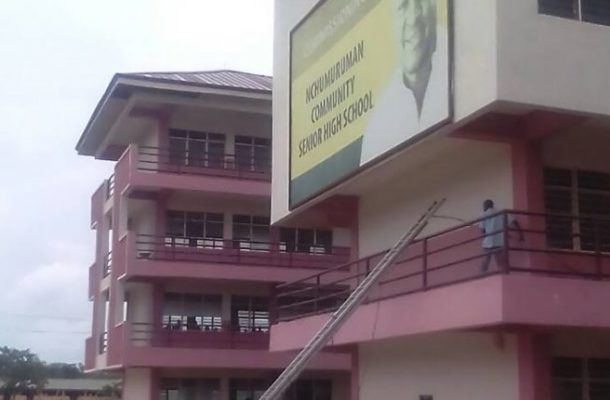 The Bureau of National Investigations (BNI) and the Police have halted the removal of the image of former President John Mahama from the Krachi Nchumuru Community Day Senior High School in the Volta Region.

The District Chief Executive for the area, Augustine Appiah who ordered the removal of the ex President’s photograph claimed he had the backing of the deputy Volta Regional Minister.

The action sparked anger among supporters of the opposition National Democratic Congress (NDC) who vowed to fiercely resist the move.

Local Journalist Michael Birikorang told Starr News that the intervention by the BNI and the Police has calmed tension among supporters of the NDC and the governing New Patriotic Party (NPP).

The Community Senior High School project was a key campaign promise of the Mahama administration. Although the NDC promised 200 of such schools across the country by the end of their tenure, only about 50 are believed to have been completed as of the time they left power in January 2016. A billboard-size image of the former president is on almost all the structures.