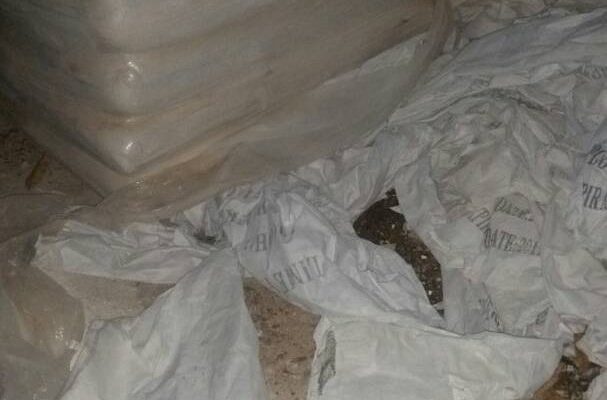 The Bureau of National Investigation (BNI) has begun investigations into reports of expired chemicals being used to treat water at a Ghana Water Company Treatment facility in Dalun, Kumbungu, in the Northern region.

It has come to be noticed that the security agency decided to widen investigation at the treatment plant after their checks found several bags of expired lime (Calcium Hydroxide) kept at the facility.

Investigators confirmed they found bags of the expired chemical at an open space near the treatment machines inside the facility.

According to them, managers at the treatment plant have confirmed the chemicals were expired when questioned but denied using it to treat the water.

BNI would now seek to establish why the chemicals were still found at the facility several months after expiring and whether it was being used.

The lime chemical is used to improve the quality of drinking water, allows water to be softened and purified. The chemical also neutralizes acidity, eliminate impurities and cloudiness to make water good for consumption.

The Dalun Water treatment plant supplies billions of gallons of water daily to over 500, 000 residents of five districts in the Northern Region.

The Water Company is yet to respond to this latest development.


Two weeks ago, a source revealed that managers at the facility were using expired lime chemical to treat water.

The report also suggested that the alum chemical had also expired but were being used in treating the water.

The reports were rubbished by managers when Ultimate News contacted the facility. A rare opportunity was then granted to Starr News to be conducted around the facility.

A huge chemical store was opened for checks and it was found that none of the chemicals in that room had expired. Some still had two-three years expiring period.