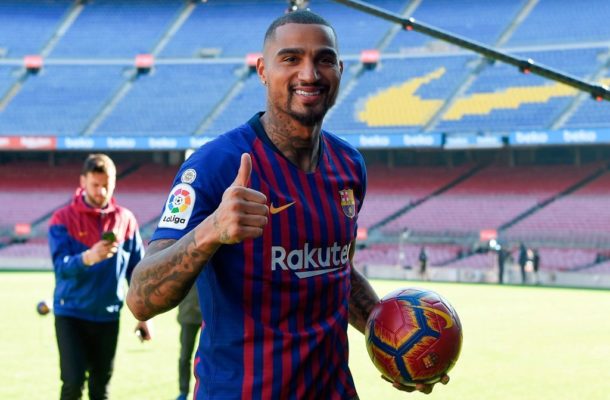 Kevin Prince-Boateng is set to make his Barcelona debut today after been named in the 19-man squad by Ernesto Valverde for Wednesday’s Copa Del Rey trip to Sevilla.

Lionel Messi has been left out of the first leg of the quarter-final tie as he is given a rest, but new signing  Boateng is included.

The Germany-born former Ghana international joined Barca in a shock loan deal from Sassuolo on Monday, a move which caught many by surprise.

The 31-year-old makes his return to Spanish football having previously featured for Las Palmas.