Bodies pile up as morgues in Ghana run out of space 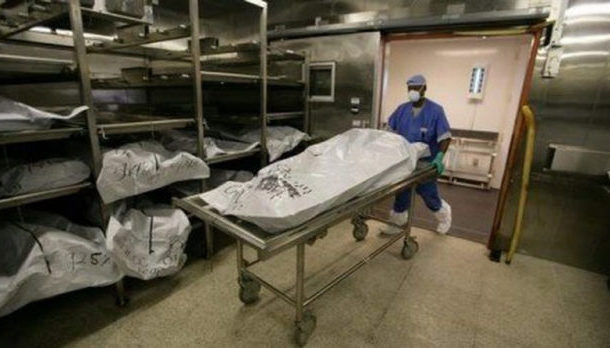 Funerals are treated as major cultural events, and families have opted to wait until the lockdown ends

Morgues are congested in Ghana because residents are refusing to hold private burials as advised by officials in order to avoid the spread of the coronavirus, DW News has reported.

The German broadcaster said in a story on its website that funerals were treated as major cultural events in Ghana, and families have opted to wait until the lockdown has been lifted to conduct the funerals they desire.

Emmanuel Akorh’s 85-year-old mother died months ago, but her body still lies in the morgue.

Like many families in Ghana, Akorh refuses to carry out a small, private burial as recommended by authorities. Instead, he wants to hold a more elaborate funeral that will be attended by friends and family.

Although he may have to wait many more weeks – months even – for Akorh it was an easy decision to make, it was reported.

“If I’m told to go and remove my (mother’s) body from (the morgue), then I don’t know where I should take it because we are not used to this private (burial) thing,” he told DW.

“Later, when everything is over, then maybe burial.”

The broadcaster said private burials in Ghana were rare, and funerals were typically large, heavily symbolic affairs held primarily on weekends. Many involve singing and dancing and can be as expensive as weddings.

It said it was the norm to leave a body for months on end at the morgue while trying to come up with money to hold a big funeral.

DW said that amid the coronavirus pandemic, this attitude was already having serious implications for morgues in big cities such as Accra and Kumasi.

With families reluctant to collect the bodies until physical-distancing

Iwill have an actual restrictions have eased, the morgues are filling up even faster than usual, with some already at full capacity.

The morgue administrator at Pantang Hospital in Accra told DW that trying to manage the facility at this point was futile.

“Currently (the morgue) is full, and once it is full we cannot take on any more bodies. So we are hoping that when people come to collect the bodies, we will free up some space. Once we stop taking bodies, it also means that we start losing money.”

Those who work in Ghana’s congested morgues are worried they are working in conditions that put them at a higher risk of contracting Covid-19.