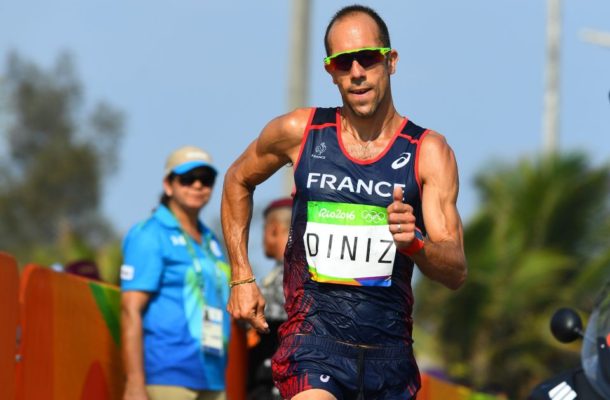 Medal for determination! Brave French athlete suffers a VERY embarrassing stomach problem and collapses in 50km race...but still gets up and tries to finish


A hero French athlete has won admiration from across the world after he collapsed mid-race - then carried on like a true Olympic warrior.

Eagle-eyed viewers spotted a dark liquid running down the legs of Yohann Diniz when TV cameras zoomed in on his behind during the men's 50km walk.

The unfortunate sportsman had suffered stomach problems before the race - but didn't want to pull out, according to French newspaper L'Equipe.

Then shocking footage showed him collapse at the 36km mark - leaving many believing his race had ended. 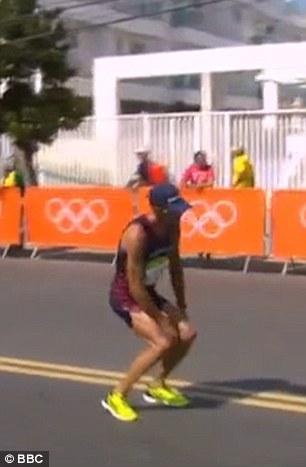 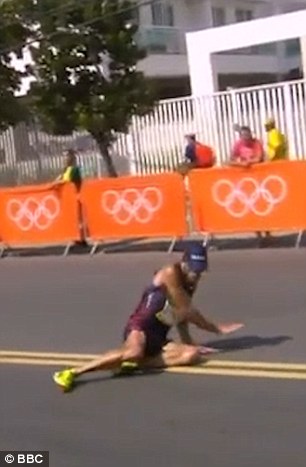 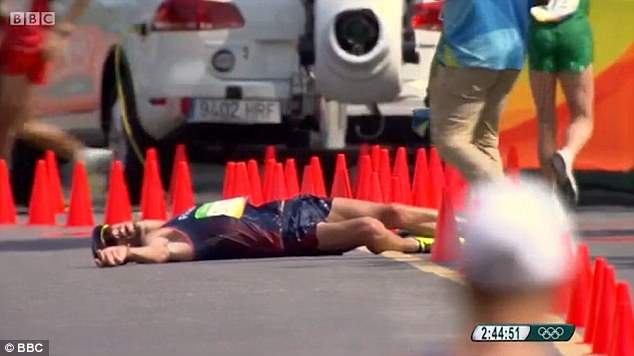 But he pulled himself back to his feet and carried on with a giant defiant stride - eventually finishing in 7th place.

Viewers were quick to claim the sportsman had soiled himself when they spotted liquid running down his legs - but others said he may have suffered a nasty accident as they thought they could see blood.

But he was seen suffering during the four hour race today as he reached the 15km mark.

Shocked viewers praised Diniz for staying in the race after he collapsed at the 36km mark.

The fighter stopped for a quick break and doused himself in water, before returning to the race minutes later.

As hundreds of people rushed to praise the Olympian on Twitter, Fran Blandy wrote: "Much respect to France's Yohann Diniz after a very difficult race walk at the Olympics - stomach woes, collapse, still finishes 7th."

Scroll down for video