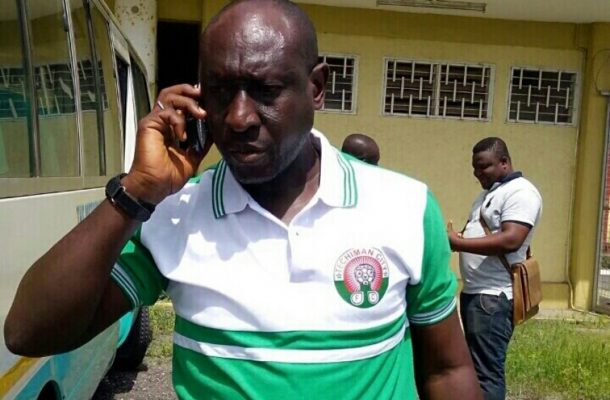 The former Hearts of Oak manager joined the Fire Club in November 2016 and went on to make an instant impact in his debut season.

The experienced coach led the Dormaa-based side to win the 2017 Ghana Premier League.

But the manager has come under pressure following the side’s unconvincing start to the 2017/18 Zylofon Cash Premier League season.

The defending champions managed to pick up 14 points and find themselves in 14th place, with three outstanding games before the league went on recess.

That poor run of form in the league has reportedly cost the gaffer his job as the Ogya boys prepare to host DR Congo’s AS Vita Club in the Caf Confederation Cup next week.

The club is expected to make an official statement soon.