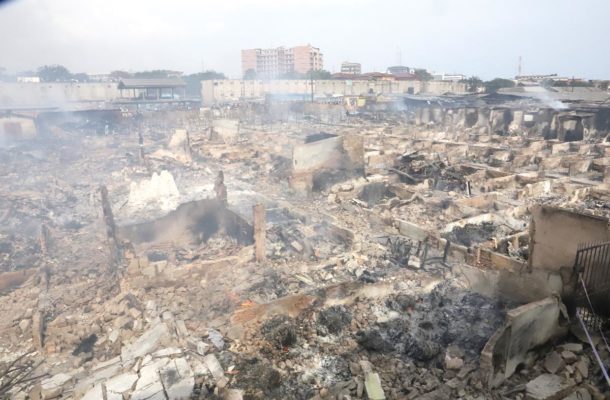 The Kantamanto market in flames

The cause of the fire is not immediately known to this portal but we understand personnel of the country's fire management body, the Ghana National Fire Service (GNFS) is already at the scene to salvage the situation.

The fire, according to reports, started from a direction close to the Agbogbloshie Market.

This incident happens hours after fire ravaged part of the Koforidua market in the Eastern Regional.

Shops and various items were consumed by the inferno believed to have started around 10 am.

The blaze was reportedly caused by an electrical fault on the main power supply pole of the electricity company of Ghana which spread to the nearby shops.

It's been two weeks since fire guts portion of the first floor of GCB Bank Liberty House Building, Kantamanto in the Central Business District of Accra.