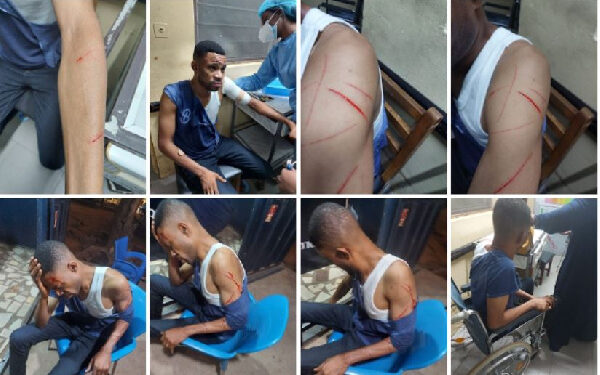 Popular broadcaster and host of Angel FM's morning show, Kofi Adoma Nwanwani has been rushed to the hospital.

This was after he was attacked by by unknown assassins.

Kofi Adoma, who is also the Chief Executive Officer (CEO) of Kofi TV was attacked by the unknown men on Saturday, August 6, 2022.

According to a GhanaWeb report, the journalist was attacked around Old Ashongman upon his return from DAMAX Estate, Kuntunse, a suburb of Accra.

It said his attackers who were riding a motorbike accosted him and attacked him with a sharp object, inflicting serious injuries on his body.

The report added that after subjecting him with wounds, the unknown men later tried to set him ablaze.

“Kofi Adomah visited his House at DAMAX estate at Kuntunse, on his way back he was attacked around old Ashongman. He was crossed by the guys on motorcycle. They targeted his face with sharp objects but he used his hands and shoulders to avoid many wounds on his face. They pour inflammable substance believed to be petrol and tried setting him on fire,” the source told GhanaWeb.

Ghanaguardian.com cannot immediately verify whether or not Kofi Adoma's attack is linked to his recent confession on live radio that he used to be a serial womanizer.

Kofi is currently on admission at the hospital receiving medical attention.

Watch the videos below. Viewer discretion is advised