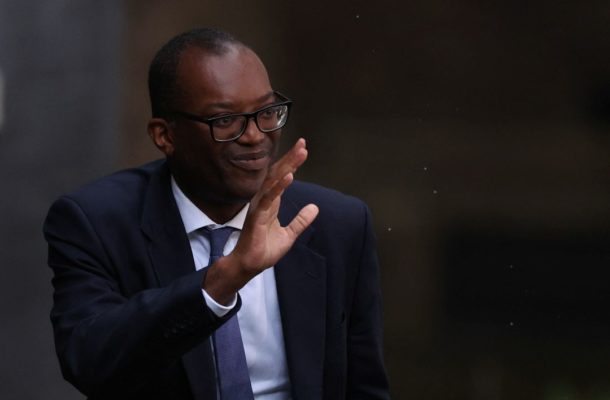 British politician of Ghanaian decent, Kwasi Kwateng has been named as the country's new Minister of Finance.

The office of Britain's new Prime Minister, Liz Truss, announced on Tuesday that Kwasi Kwarteng, the Secretary for Business and Energy, is now their new Minister of Finance.

Mr. Kwarteng, 47, previously held a junior position in the department before being appointed Business and Energy Minister in January 2021. He also worked in the Brexit ministry.

Similar to Truss, Kwarteng has acknowledged his love for former British Prime Minister Margaret Thatcher, but he has also demonstrated some pragmatism in applying those ideals to his prior positions in government.

Kwasi Kwarteng, the only child of Alfred Kwarteng and Charlotte Boaitey-Kwarteng, who had immigrated from Ghana as students in the 1960s, was born in the London Borough of Waltham Forest in 1975. His father works as an economist for the Commonwealth Secretariat, while his mother is a lawyer.

Kwarteng began his education at a public elementary school before enrolling in Colet Court, an exclusive prep school in London, where he graduated in 1988 and was awarded the Harrow History Prize.

Kwarteng afterwards enrolled in Eton College, where he received the renowned Newcastle Scholarship award and was a King's Scholar. At Trinity College in Cambridge, he studied history and classics, earning firsts in all fields and twice taking home the Browne Medal.

He was a member of the squad that prevailed in the inaugural season of the BBC's revival of the competition University Challenge in 1995.

He belonged to the University Pitt Club while he was a student at Cambridge and has subsequently come back to see it.

He received a Kennedy Scholarship to attend Harvard University, and in 2000, he graduated from the University of Cambridge with a PhD in economic history.