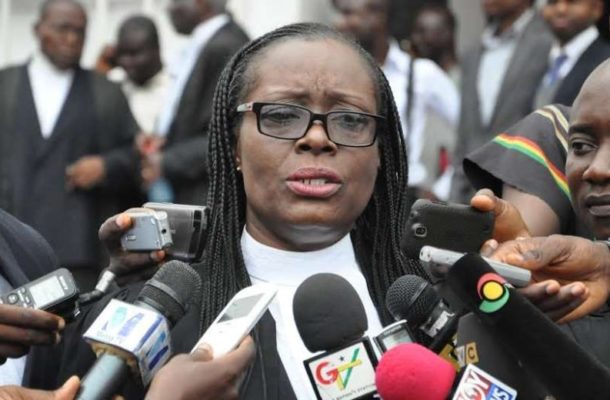 An High Court has appointed the Registrar of Companies as the official liquidator of the Ghana Football Association (GFA).

The Attorney General, Gloria Akuffo, went to court with a firm plan to liquidate the GFA because, according to her, the Association in its current state is not fit for the purpose for which it was established.

The plan to liquidate the GFA was contained in a petition filed by the Attorney-General, acting on behalf of the government, last month at the High Court for the dissolution of the GFA.

Deputy Attorney-General, Godfred Dame, told Joy News’ Joseph Ackah-Blay after the ruling on Thursday, that the government is at this point awaiting the conclusion of police investigations to take criminal action against some officials of the GFA.

Government had been praying the court to make the Registrar General’s Department, the legal liquidator in the process to bring the GFA’s existence to an end.

In her argument before the court, the A-G said the GFA was being used for illegal purposes, hence the government’s decision to protect the interest of the public.

She added that GFA officials have used the Association for some corrupt activities as captured in the 2014 World Cup Dzamefe Commission Report and a documentary by Anas Aremeyaw Anas, an undercover investigative journalist.

“We are asking that the court should order that the Registrar General as the legal liquidator be asked to take over,” Ms Akuffo told journalists after securing an interim injunction on the activities of the GFA on Tuesday, June 12.

“That will be the body that will see to the future of the establishment of the administration this FA. So we are not just throwing away the baby with the bath water but we don’t add rotten soup to fresh soup, we need to get it right perhaps now is when… but we cant pretend we are running a good FA with all these things that are going on”.