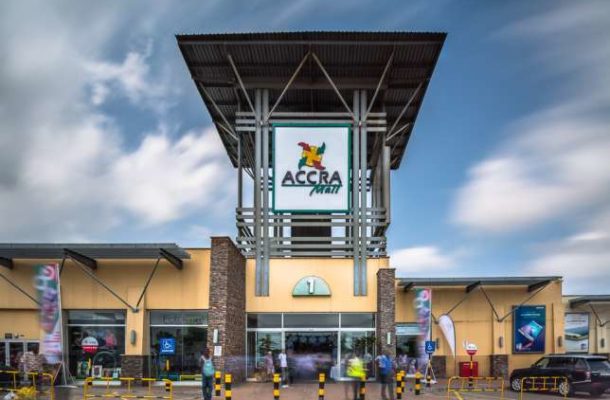 Part of Ghana's first biggest shopping mall, the Accra mall has collapsed, according to reports.

Some of the workers in the mall have been evacuated to prevent anybody from getting harmed.

A source who was present at the mall said they heard noise from the ceiling and then realised that the ceiling of the building was coming down.
The police have since arrived at the scene and cordoned off the area as they work to restore calm.

According to the eyewitness, the two persons were directly under the area that caved in.

He however added that, the two appeared to have sustained “minor injuries” when they were taken to the mall clinic

“I came to shop inside the Mall. I saw the roof come down on a shop. There were two people inside the shop. When the roof came down, they were directly under it. Some people came around and helped the victims.

“From the way they were carried to the mall clinic, it looked like they had minor injuries.”

They added that most people moved out of the building to save their lives.

It is unclear what led to the collapse.

No casualty has been reported so far.