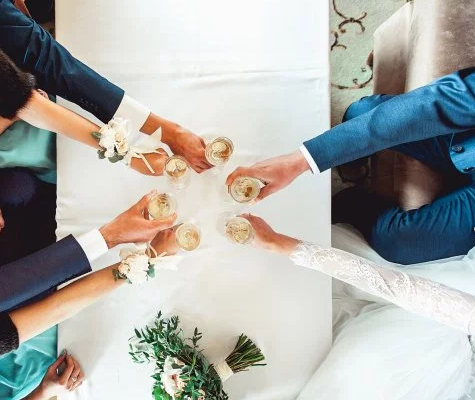 A bride has threatened to un-invite her wedding guests after they failed to give her cash as an engagement gift.

The bride-to-be took to social media platform, Reddit, to rant and make threats.

The unnamed woman said that she had been clear in asking for cash rather than gifts at her engagement party, and was pretty irritated when people turned up with ‘small gifts that serve no purpose’.

The bride said that out of anger, she sent a message to guests to ask why she hadn’t been given the cash she’d asked for.

I specified on the invitation that we were requesting cash only in lieu of gifts.

We have a mountain of debt and would like to start our marriage with a fresh slate and figured this would be a great opportunity to do so.

Well the party was last night and not one person brought us cash.

They all brought small gifts that serve no purpose to us and it was hard for me to mask my irritation.

We invited upwards of thirty people, most of which showed up and all we got out of it were some household items that we already have.

The bride said she ended up going to bed early out of anger. The next day, she sent a message to her friends.

I sent out a mass text basically asking guests I was close with where the miscommunication happened in our gift requests.

I didn’t get many responses, but the responses I did get were pretty rude – which was shocking to me.

I have been dreaming of my wedding my entire life and you would think friends and loved ones would want to help in making it perfect.

I am thinking of dis-inviting those that responded rudely to me, but also I could give them another chance.

We will be requesting cash as well and I have already sent out an email reiterating that cash is expected and not gifts and any gifts will be returned for cash or sold on ebay.

One Reddit user wrote: 'I have a feeling she will not have a lot of friends after her wedding.’

Another said: ‘You could also just, you know, not pay for a whole damn wedding and pay off your debt?’

The bride later deleted her account following the backlash 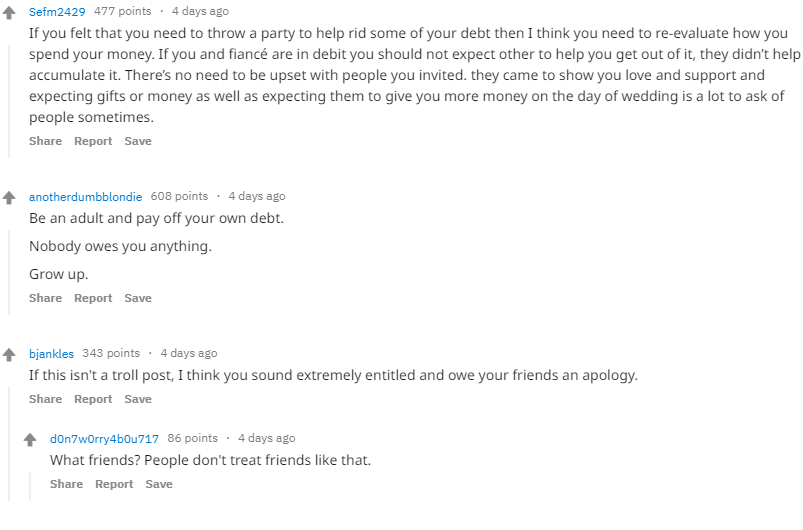