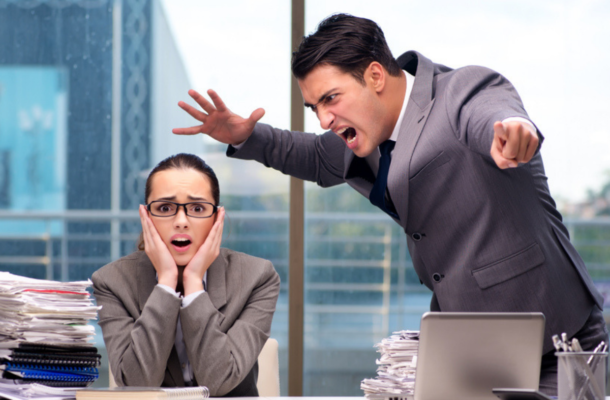 If you are a bullying boss, your employees are more likely to be less committed to their work, take longer breaks or come in late without notice, finds a study.

The study led by researchers from the Portland State University in Oregon, US, showed that a bullying boss can decrease "organisational citizenship behaviour", or the voluntary extras one does that are not part of the job responsibilities.
On the other hand, he/she increases "counterproductive work behaviour", such as sabotage at work, coming into work late, taking longer-than-allowed breaks, doing tasks incorrectly or withholding effort, all of which can affect the team and co-workers.
The findings highlight the consequences of abusive supervision, which is becoming increasingly common in workplaces, said Liu-Qin Yang, Associate Professor at the University.
The study, published in the Journal of Management, attributes negative work behaviour to either perceptions of injustice or work stress.
In response to perceptions of injustice, the employees are more likely to purposely withhold from the unpaid extras that help the organisation, like helping co-workers with problems or attending meetings that are not mandatory.
Having an abusive boss can also lead to work stress, which reduces an employee's ability to control negative behaviour or contribute to the organisation in a positive way.
"Stress is sometimes uncontrollable. You don't sleep well, so you come in late or take a longer break, lash out at your co-workers or disobey instructions," Yang said.

"But justice is more rational. Something isn't fair, so you're purposely not going to help other people or when the boss asks if anyone can come in on a Saturday to work, you don't volunteer."

The researchers recommended that organisations take measures to reduce or curb abusive supervision.