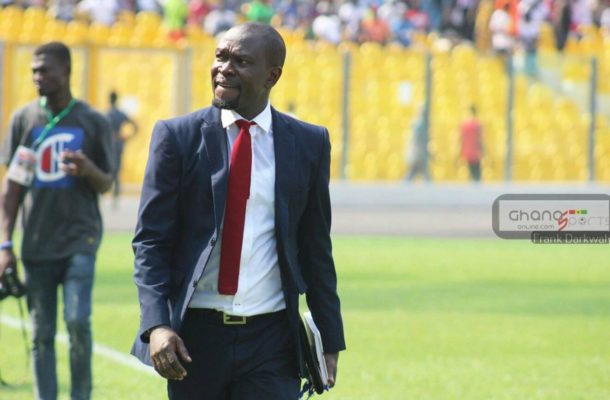 The Executive Council of Ghana Football Association has gone in-house with the choice of ex-Black Stars assistant coach in the search for stability and success following the Egypt 2019 debacle, where Ghanaians called for the immediate resignation of Kwasi Appiah.

C.K's coaching experience is ample- so is he the right man to finally bring Ghana out of the years of darkness?

Akunnor assisted his predecessor Kwasi Appiah and also captained the Black Stars as a player after the retirement of the legendary Abedi Pele, but is a first-timer at this elite level of coaching.

His appointment as assistant coach of Black Stars was terminated in Jan 2020 by the Ghana Football Association's decision to dissolve the technical crews of the senior teams. The 45-year-old is, however, well aware of its brutal realities.

C.K, on 19 February 2009 signed his first  professional contract as head coach for Sekondi XI Wise, before he succeeded Nebojša Vučićević on 22 January 2010 as head coach of Hearts of Oak, But his  control over the dugout was undistinguished which led to his sack.

Akunnor has rebuilt his coaching career since taking over Dreams FC as head coach, before he signed for his former club AshantiGold.

On 1 October 2018 C.K was appointed as the head coach of Asante Kotoko. he guided the Porcupine Warriors into the group stage of the Total CAF Confederation Cup.

C.K was on the bench as a deputy coach to Kwasi Appiah when Black Stars defeated South Africa and Sao Tome in the Cameroon 2021 qualifier - but is this enough to warrant the top job?

Akunnor knows what the Black Stars job entails after close contact with Kwasi Appiah as his assistant.

And as someone who won 41 Ghana caps between 1991 and March 2001 and had a distinguished playing career as captain of VfL Wolfsburg, Akunnor is a relatively recent former international player who has shown an ability to relate to his players, especially the younger generation of Black Stars will rely on in the future.
He participated in four Africa Cup of Nations.

Country Man Songo, host of fire for fire show :
I think he's experienced, fits the mould and if you look at C.K as a local coach he has gone through the system coaching almost all the big clubs in the country. C.K is worth a shot, Ghanaians must give him the same support as they gave Mayele."

Amin Lamptey, snr jourlanalist: "C.K Akunnor for Black Stars based on what criteria ? Has he ever coached  any of our national teams before promoted to this highest level?"

Kurkuti, football writer for Team Pui.: "He is good enough. The Black Stars are an average team now and Akunnor's record with club indicates an average coach but he can develop with the young and experienced squad to win a trophy after 40 years. With the support of Ghanaians he can handle it well but is tougher than perceived."

The Black Stars of Ghana won their last AFCON CUP in Libya 1982. The 13th edition of the Africa Cup of Nations. Almost 40 years down the line, Ghana has not witnessed the AFCON trophy.