C/R: SHS students clash with town folks over a girl at Enyan Denkyira 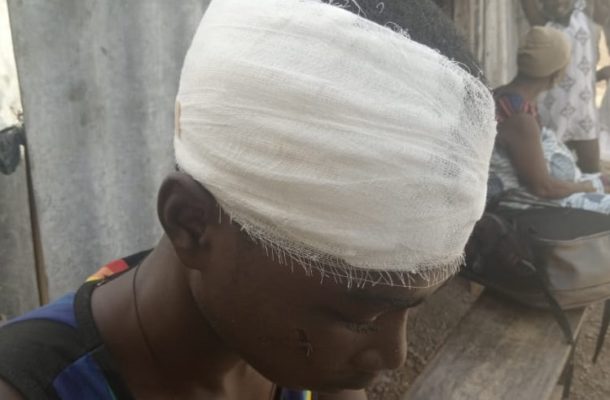 A clash between students of the Enyan Denkyira Secondary Technical School in the Ajumako Enyan Essiam District of the Central region, and some youth in the town over a girl has left about eight students injured.

Seven male students and a girl who required medical attention after the incident have since been treated and discharged from the Ajumako Government Hospital.
Several others, mainly made up of the youth in the town reportedly also sustained injuries during the clash, which happened last Friday, April 23, 2021.

According to the District Director of Education, Sabina Otoo, the incident happened on Friday night when a male believed to be from the town went to the school campus and entered a classroom during prep hours.

The said male is said to have requested to sit near one of the female students for a conversation.

She said after sometime one of the male students who was also learning in the classroom asked the "intruder" to leave as he was disturbing the class.

She said angered by that, the "intruder" went into a nearby bush and brought several others and wielding offensive objects attacked the male student who had asked him to leave.

She said in solidarity with the student the other students joined in the fight.

She said in the ensuing "free-for all fight" the students managed to overpower two of intruders and handed them over to the school's security.

However, one managed to escape but the other was handed over to the police.

A different account of the incident picked by Graphic Online also indicated that one of the male students who is in form three and on vacation had come to the school to pick up his supposed girlfriend for a date. The girl is a boarding student.

This, according to an eye witness did not go down well with some of the male boarding students in school who made efforts to prevent the two from leaving the campus.

The two however managed to leave.

Upon their return to the campus in the evening the source said some of the male boarding students confronted the day student, ceased his mobile phone and some of his belongings.

He was reportedly beaten by some of the students.

The form three student was said to have gone home and gathered about 15 youth from the town for a reprisal attack in the evening.

The headmaster of the school, Mr Daniel Asante confirmed that there had been an incident but said he was not able to speak to the press per Ghana Education Service (GES) policy.

The school does not have a fence wall.

The GES district directorate has since met with the community to ensure the safety of the students.