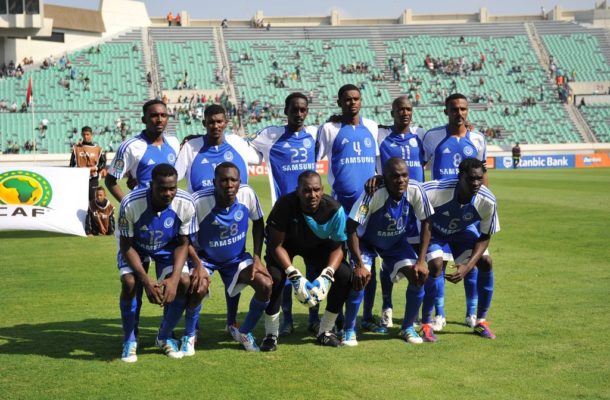 Sudanese side Al Hilal beat Zesco United of Zambia 3-1 in Omdurman on Sunday to go top of Group C, and enhance their hopes of reaching the  knockout stage for the first time since 2012.

The 2012 semifinalists moved to the summit on seven points, one more than Ghana's Asante Kotoko who beat Nkana of Zambia 3-0 in the other group clash at the same time in Kumasi.

Hilal were comfortable throughout the match against a Zesco that struggled defensively especially in the first period to deal with the threat posed by Bakhet Hamid and Mohamed Eldai.

It took just ten minutes for the Sudanese giants to take the lead through an unmarked Eldai who tapped in a pass from Bakhet assist.

Bakhet got in on the act in the 36th minute with a fine shot from range to confirm Hilal’s  domination.

But Zesco pulled one back two minutes later through Lazarus Kambole who chipped the ball over goalkeeper Salim Magoola while he was sandwiched between two defenders.

Hilal then turned on the screw after the break as Zesco retreated into their half but this time showing more discipline in the midst of the Blue Wave from Omdurman.

However, Hilal captain Abdellatif Osman broke that resolve in the 66th minute when he rifled in a long-range, left-footed volley after Boubacar Diarra teed-off the ball to him.

The result saw Al Hilal improve from their 1-1 away draw against Zesco in the reverse on February 24 in Ndola that also came a week after losing 2-1 to Nkana in another away match in Zambia on February 13.

Meanwhile, Zesco slump to bottom of  Group C on four points after the loss and are now winless in their last three matches at the group stage, keeping their qualification hopes in jeopady.

Zesco visit third placed Nkana, who have six points, on March 10 in a bottom two Group C Zambia derby in Kitwe in a make-or-break date for both side