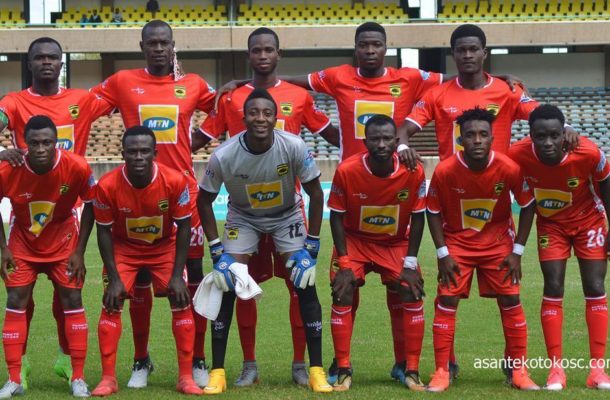 The team is expected to leave Ghana on Wednesday for Kitwe for the third round of games in group C.

Kotoko travel to Zambia without influential midfielder Richard Senanu, who suffered an injury in the team's 2-1 win over Zesco United last Wednesday.

But the hard working midfielder will be replaced by new signing Habib Mohammed.

Ahead of Sunday's game, all four teams in the group are tied on same points and any result apart from defeat will be a positive one for the Porcupine Warriors.

BELOW IS THE 18 MAN SQUAD FOR THE NKANA GAME