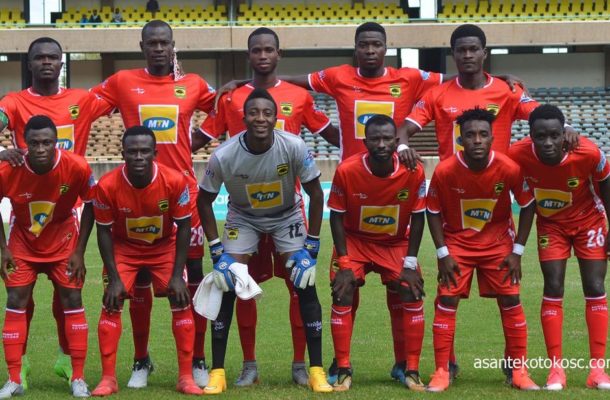 Asante Kotoko defensive woes continued in their 3-1 away defeat to Zambian side Nkana FC on Sunday in the CAF Confederation Cup.

The opening exchanges of the Group C encounter was fairly balanced with the Ghanaian club enjoying most of the possession until the 20th minute when the hosts were awarded a controversial penalty.

Kototo defender Abdul Ganiu Ismail was adjudged to have brought down forward Walter Bwalya inside the box.

Replays however suggested that the contact was clearly made outside the box but Freddy Tshimenga stepped up nonetheless to convert expertly.

The Porcupine Warriors responded almost immediately with Yacoaba Songne restoring parity with a blistering free-kick in the 22nd minute.

Ronald "Sate Sate" Kampamba fired the Likulu side in front once again after connecting a headed pass from Bwalya to ensure they went to the break with a 2-1 advantage.

Kampamba got his second and Nkana’s third goal in the 53rd minute to effectively kill the game.

Nkana FC were reduced to ten men after Ghanaian defender Richard Ocran was sent off in the 73rd minute following a second caution.

The Zambian giants now lead the group with 6 points and will be traveling to Kumasi to tackle Asante Kotoko in their next fixture next week.