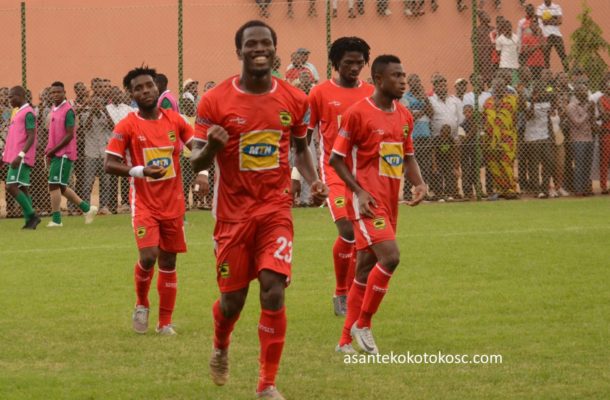 Emmanuel Gyamfi put the visitors ahead as early as the 8th minute after beating the offside trap to latch on to Abdul Fatawu’s through pass to go eye-to-eye with the goalkeeper. He waited for him to commit himself before slotting the ball through the middle of the posts.

The Porcupine Warriors doubled their lead in the 30th minute courtesy a stunning effort by Maxwell Baakoh. The winger hit the ball into bottom right corner after skipping past three defenders.

However, Coton Sport crawled back into the game before half time courtesy of a penalty converted by their captain Kamilou.

Kotoko began the second half as they did in the first half and were rewarded with the third goal scored by Abdul Fatawu.

Coton again reduced the deficit through Kamilou but Kotoko held on to claim the vital away victory.

The second leg is scheduled to come off in Kumasi a week later.

However history seems to favor the Reds as no Cameroonian club has been able to eliminate Kotoko in a Caf inter-club competition in the last two decades.