Cause of death of KNUST SHS student revealed 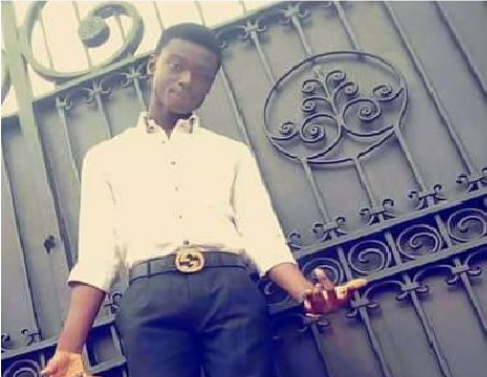 A family source close to this portal said Sam, as he was widely called, was a day student but had to go to the boarding house following President Akufo-Addo's COVID-19 directives for the final years SHS students.

On Tuesday, July 7, 2020, Sam started having stomach pains after breakfast. His colleagues supported him by telling him all will be fine but his pains escalated after he had taken lunch.

Some teachers were informed but they came around and stood at a distance away suspecting the boy had contracted coronavirus. By this time, Sammy's father had been contacted on the phone and he said he was 3 hours away.

The students at this time started agitating that the boy should be taken to a health facility. When the teachers remained 'insensitive', they called a taxi and rushed him the Komfo Anokye Teaching Hospital but the gatekeepers refused them entry on reasons that they have been instructed not to allow students who leave the campus on their own to enter the hospital.

The parent arrived 2 and a half hours and took his son to the hospital but sadly, he died 30 minutes after admission.

Armed police were on Tuesday forced to restore calm on campus after students of the school went on a demonstration to express their displeasure over the incident.

The students accused school authorities of not attending to the sick boy after he complained of a stomach upset during the day.

The subsequent news of his death sent students on a rampage in the school; resulting in the pelting of stones and damaging of the headmistress’ saloon car.

3 persons have since been interdicted in connection with the death of the student. The first be interdicted is Patricia Asamoah, headmistress of the school. The other two are Owusu Ansah Seth, a Senior Housemaster, and Anthony Awotwe, housemaster of the Densu House, where the deceased student was.

A committee has also been constituted to investigate the circumstances leading to the demise of the 17-year-old.