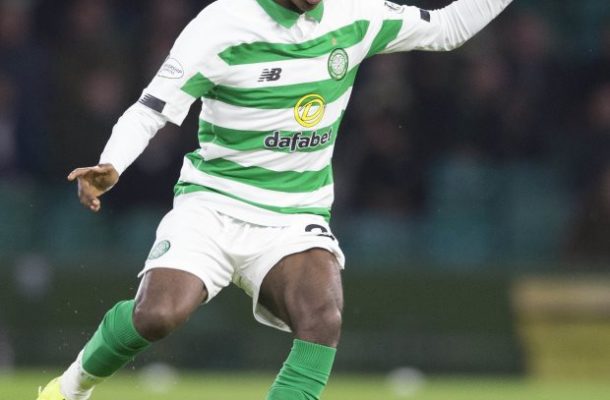 Celtic youngster Jeremie Frimpong has hinted of playing Ghana after opening the lid on his Ghanaian roots.

The 18-year-old right-back, despite swearing allegiance to the Dutch, has recalled some great moment he spent in Ghana.

" My mum's from Ghana and I speak a Ghanian language called Twi, fluently," he said.

"I speak that, English and a little bit of Dutch.
"I have family in Ghana but I've only been over to visit them once when I was really young, so I can't really remember what it was like. "

He has rejected a call to represent England, saying he feels more Dutch and not English, despite leaving the Netherlands at the age of seven.

"We all moved to England when I was seven and I've always stayed in Manchester, so I've spent most of my life in the UK. I don't consider myself English, though, I'm still Dutch."

He was one among a number of players the Scottish Premiership champions brought in during the recent summer transfer window.

Born in Amsterdam, Frimpong and his family moved to Manchester when he was seven years old, leading the teenager to begin his footballing career at the Manchester City academy.

Although it was with the Citizens that the 19-year-old kicked-off his time as a professional footballer, he still cherishes his time in Amsterdam when he went to the park to play the game with his two brothers and their friends.