CEO of Tamale Teaching Hospital Board asked to step aside 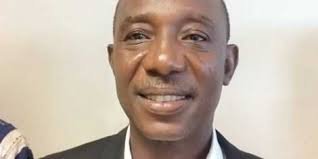 Chief Executive Officer of the Tamale Teaching Hospital (TTH), Dr David Kolbila has been directed to temporarily step aside to pave way for investigations into allegations of procurement breaches.

In a document signed by the Chairman of the TTH Board, Mahmoud Nassir-Deen, it is stated Dr Kolbilla should temporarily step aside and that an acting CEO should be appointed to take up the running of the facility.

Dr Kareem Mumuni of the Department of Obstetrics and Gynecology of the University of Ghana Medical School has been tasked to act as the interim CEO of the hospital during the course of the investigations.

The board has defended the move saying it will ensure an independent investigation process.

In addition, an investigation committee will be set up by the Ministry of Health to look into the allegations levelled against him.

According to the governing board of TTH, they had received a notice from the Public Service Commission in October 2019 regarding petitions against Dr Kobila in May 2019.

“It is, therefore, our desire as a Board that staff, clients and stakeholders would accord Dr Kareem Mumuni the optimal support needed to successfully execute his duties as the interim acting CEO of the hospital for this period,” the Board said.

They also called for “calm, patience and cooperation from staff and all stakeholders during this period and beyond”.

For some years now, the Tamale Teaching Hospital has challenges with maintaining a Chief Executive Officer after many of them face threats from some party youth groups of the two major political parties leading to their removal from office.

Although Dr Kolbila’s case is not different, the board has explained that he has not been fired, sacked or removed from office as reported in a section of the media.