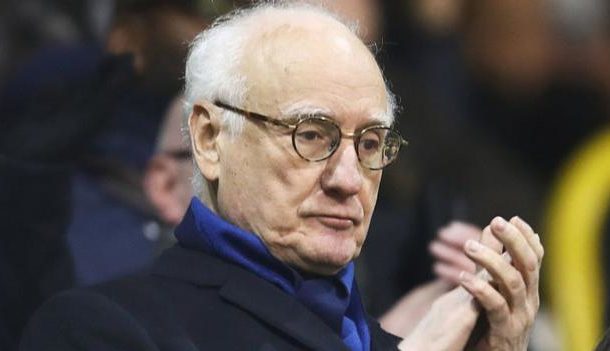 Chelsea chairman Bruce Buck greeted Blues fans at the turnstiles before the Premier League win at Brighton, following allegations of racism levelled against the club's supporters.
Chelsea and the Metropolitan Police are investigating claims Manchester City forward Raheem Sterling was subject to racist abuse earlier this month.
Chelsea say Buck was a visible presence at Brighton's Amex stadium on Sunday.

A spokesman said some fans stopped to shake the chairman's hand.
Chelsea officials, who condemned anti-Semitic chanting during the Europa League tie midweek, said the atmosphere among the away support at Brighton was positive, but fans were reminded that they are currently the focus of attention.
However, the club are also keen to stress that only a small minority of supporters are to blame for recent incidents.
Chelsea say they will continue to take a lead to address any issues that arise and will continue the club's anti-Semitism education programme, which involves workshops in schools and awareness courses for fans.
The club released a statement following Thursday's 2-2 draw with MOL Vidi in Hungary, after reports of offensive songs aimed at Tottenham fans.
They said the vocal minority of supporters had "shamed the club" and questioned the "brainpower" of supporters engaged in the chanting.
Earlier this week, four Blues fans were suspended following the alleged racial abuse of Sterling, during the 2-0 win over City at Stamford Bridge.
A club statement said evidence of racist behaviour will result in "severe sanctions, including bans".Source: bbc.com