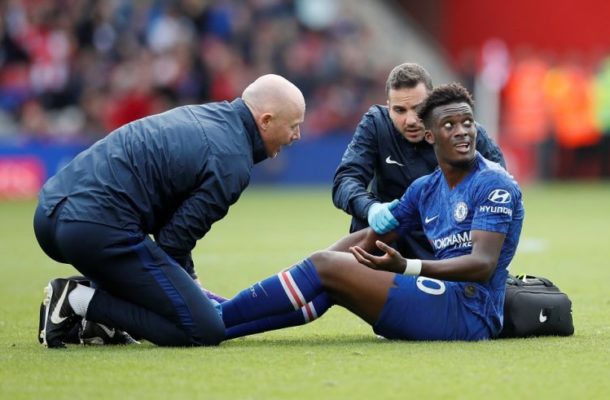 Chelsea manager Frank Lampard has revealed that Ghanaian-born England Inter, Callum Hudson-Odoi has suffered a setback on his injury recover.


That means the teenage winger will be out for longer, putting more pressure on the London based Premier League side.

What was looking like a promising offensive lineup has turned into a disaster for Lampard.

For countless times this season, the Englishman has had to depend on Mason Mount or an out-of-form Pedro to fill up the roles.

“He had a re-injury yesterday [Thursday]. We’re having a scan this afternoon. He will be longer than expected.

“It’s tough. He wasn’t rushed back. All the signs were he was fit to train.

"He got re-injured on his first training session with us. It’s frustrating for him, a young boy who is so keen to play, and frustrating because it’s another injury for us," Lampard revealed ahead of his side's game over the weekend.

This is a big blow to Chelsea’s seasonal ambitions even though they are still in the top four.

Champions League qualification for the Blues is far from guaranteed with Manchester united  and Wolves on their heels.