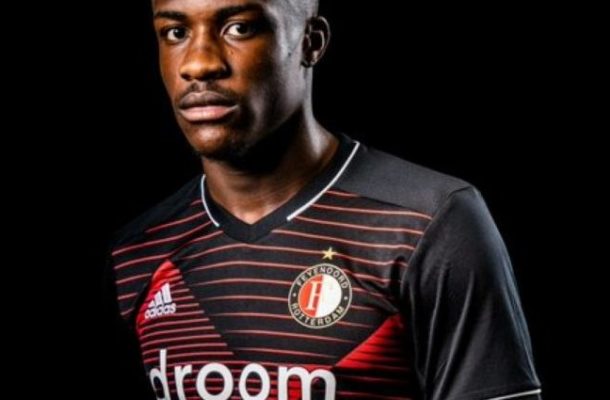 German-born Ghanaian winger Christian Conteh made his debut for his new side Dynamo Dresden on Saturday after joining on loan from Feyenoord.

Conteh who joined his new side on Friday played for his side when they faced  VV St. Truiden in a friendly game which ended 0-0.

The 22-year-old goes to “Florence on the Elbe” on loan until June 30, 2023 from the Dutch first division club Feyenoord Rotterdam, where he still has a contract until 2024.

Most recently, the 1.82 meter tall offensive player was loaned to the Dutch second division club FC Dordrecht – there he scored four goals and six assists in 16 games.

Speaking on the debut of the new signing, Dynamo Dresden head coach Markus Anfang disclosed that the high balls caused problems for the player.

“Today it was often difficult to create situations because there were a lot of high balls,” coach Markus Anfang said.

He will be hoping to make an impact at the third tier side next season.