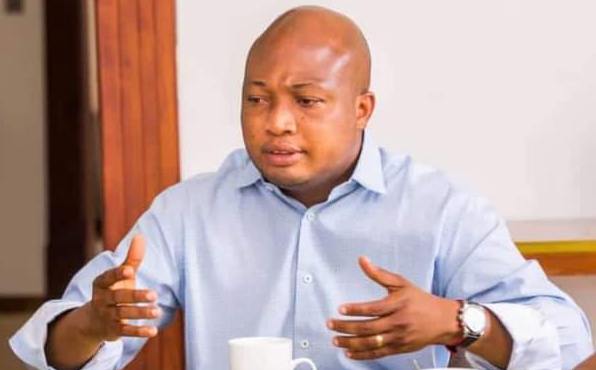 Member of Parliament (MP) for the North Tongu constituency, Hon. Samuel Okudjeto Ablakwa, has disclosed why the strategy adopted by the government to raise funds for the construction of the National Cathedral project keeps failing.

According to him, Christians, and for that matter, human beings, are logical and do not want to invest in the things they do not believe in.

Okudzeto Ablakwa in recent months has been on a crusade to expose what he calls the rot surrounding the National Cathedral project.

Speaking to Metro TV's News Night program on Tuesday, Samuel Okudzeto Ablakwa said the National Cathedral fundraising will continue to turn out shambolic results because the government has not been truthful to the people about monies it has illegally withdrawn from the Consolidated Fund and those that have come from donors.

"Government must be coming clean, government should be accounting for all the monies withdrawn from the Consolidated Fund illegally, all the collections that have been made so far, they have not accounted to the Ghanaian people how much has been raised, they are only asking for more money, asking for people to donate.

"Look, the fundraising will continue to fail, it will continue to turn out shambolic results because Christians and for that matter human beings are rational; and nobody will donate into a project that lacks transparency, that lacks accountability," he explained.

He added, "So, the fundraising will continue to fail, the president must come clean, this is his priority of priorities as he claims, he should tell us where we are with all the monies that have been collected, exactly what it has been used for."

Hon. Ablakwa also revealed that a judgement debt was looming as according to him, the government has continuously refused to compensate individuals whose buildings and properties have been demolished as a result of the National Cathedral project.

"Because, look... when it comes to even compensation of demolished properties, are you aware that they have not as at yet been compensated? Some of them are heading to court as we speak and judgement debt is looming," he told host, Bridget Otoo as monitored by Ghanaguardian.com.

Hon. Ablakwa urged the government to immediately retrace its steps to come out clean and account to the Ghanaian people as according to him, the approach to the National Cathedral project and all of its models have been in a mess from day one.

Meanwhile, work on the much-talked-about project has been suspended as the Secretariat has run out of capital to finance the construction.