Cina Soul speaks on her 'relationship' with KiDi 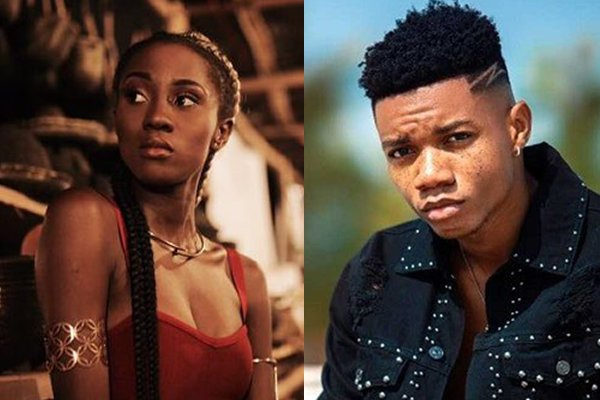 Singer and songwriter, Cina Soul, has revealed that her mother and that of her colleague artiste, KiDi, suspect they are dating.

According to her some scenes in KiDi’s movie ‘Sugar’ raised these suspicions.

“Our mums believe ‘no there is something going on between these kids that they are not telling us’. It’s like that but we are okay with it,” she told Joy News Doreen Avio in an interview.

Cina Soul and KiDi have been rumoured to be dating after Lynx Entertainment released the movie ‘Sugar’ that featured the two artistes.

The kisses the two shared in some scenes sparked the rumours which they have both denied.

Cina Soul told Doreen Avio that being friends with the ‘Sugar Daddy’ hitmaker may have made it easy for them to have that on-screen chemistry people saw.

“Even if we don’t have anything going on we can bring that chemistry on set. We have been friends for a long time so it’s easy for us to have that kind of connection,” she stated.

The ‘Ojorley’ singer added that many people have become curious about the nature of relationship she has with KiDi.

“My friends would say they don't know because I always tell them, 'don’t say anything',” she said.