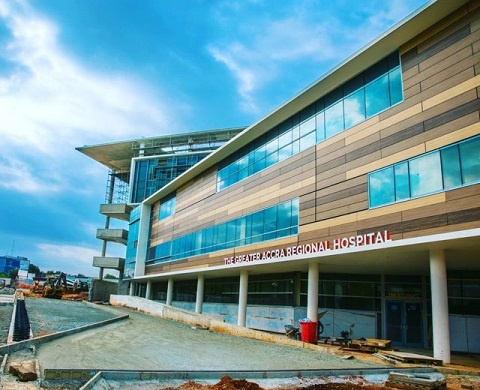 All eleven (11) workers of the Greater Accra Regional Hospital (GARH), who were put under mandatory quarantine after coming into contact with Nana Osei Boansi Kuffuor, father of popular musician Obour, have tested negative.

Awaiting a test on Coronavirus, Nana Boansi Kuffour, whose travel history is said to have been concealed from the management of GARH by his family, died at the facility.

His test results later came out positive, according to officials, prompting an immediate shutdown of the emergency unit of the hospital while all the staff who came into contact with the deceased were quarantined.

The unit was disinfected before being open again for operation.

In a statement issued on Tuesday, management of the Hospital said the seven nurses, three doctors and an IT officer have tested negative.

“The above category of workers were quarantined because they had contact with the deceased when he was accidentally admitted and briefly managed at the emergency ward.”

But the former President of the Musicians Union of Ghana (MUSIGA), Bice Osei Kuffour, has demanded the autopsy report on his father’s death.

In a letter written on his behalf by his lawyers, Obour, as he is popularly known, threatened legal action.

Already, he has expressed doubt about his father dying from coronavirus.