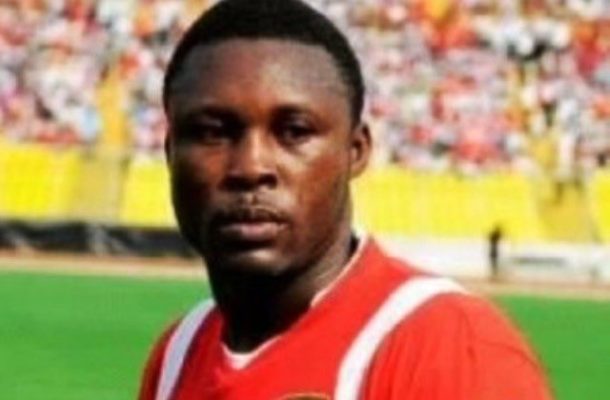 News emerged in the wee hours of Tuesday 3rd August,2021 that former Asante Kotoko defender Godfred Yeboah has passed on to eternity.

It came as a shock to many as the former left back was fit and full of life as he was engaged in some coaching duties with a local tier side in Sunyani the capital of Bono Region.

Reports revealed that the former Kotoko defender was ill just for some few days before passing on at the Sunyani Regional Hospital.

Close pal and former teammate at both Kotoko and AshGold, Isaac Amoako has revealed what actually claimed the life of his bosom friend.

"He [Godfred Yeboah] only complained abdominal pains somewhere last week. I was called three days ago that my friend has been rushed to the Sunyani Regional Hospital," he told Kessben FM.

"He wasn't ill for weeks or months...Godfred was energetic until he complained of abdominal pains on Sunday. I'm with him everyday because of our works at the Baffour Academy"

Godfred Yeboah 'TV3' real name was Alex Anning Yeboah. His father was called Godfred Yeboah. His father who was also a left-back played B/A United alongside, Mr. Augustine Asante, Agyemang Badu, Kwame Nsowah, Yaw Fred, Yaw Mark, George Arthur, etc. His father died when he was young and choose to play with his father's name when Registering for B/A United from Alakoso Juvenile Football Club in 1999. He completed Fiapre Methodist School. He qualified B/A United into GPL in 1999 alongside Asuom Kwaebibrem Stars and played the GPL in 2000. He was spotted by coach Ernst Middendorp after B/A United Eliminated Kotoko from the FA Cup on 27th August 2000. The game B/A United beat Kotoko 3-0 on penalties after 0-0. Gordon Ablordey, Alex Djanie, and Emmanuel Nkrumah kicks were saved by Goalkeeper Ransford Kudjoe while Godfred Yeboah, Frank Adjei, and Aziz Suleman scored for B/A United.
They were beaten 1-0 by Hearts of Oak during the Quarter Finals.

He started the preseason for Asante Kotoko in January 2001 at Prempeh College School Park when B/A United and his manager, Mr. Bekoe agreed to sell him to Kotoko. He went on loan from Asante Kotoko to Wa All Stars. Kotoko gave All Stars now Legon Cities FC three players during the 2008-09 season, (Godfred Yeboah, Habib Mohammed and Kwabena Dodzie).
He left Ghana in 2009 to play in Vietnam with, Stephen Owusu (striker).

National team: Godfred Yeboah earned his first national team call-up under the tutelage of coach Fred Osam Duodu.
In the game, Nigeria beat Ghana. 3-0 in a world cup qualifier. Emmanuel Osei Kuffour in that game kept the post for Ghana when Ghana's substitute Goalkeeper Osei Boateng was shown a red card after coming to replaced injured James Nanor. Godfred Yeboah was on the bench in that game.

Otumfour Cup is not included.

He was working as on of the assistant coaches at Baffour Academy in Nsoatre in the Brong Region of Ghana. The team is owned by Hon Ignatius Baffour Awuah.