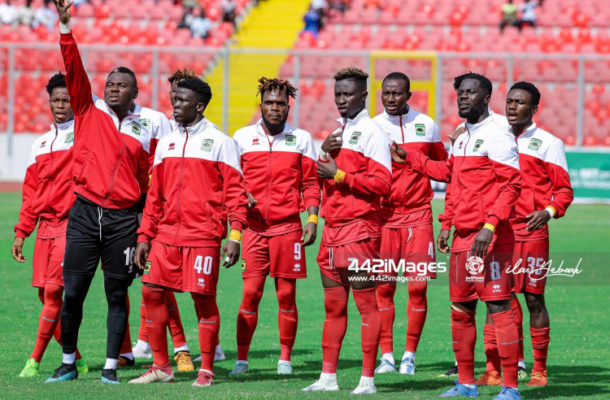 There is no major absentee as he maintains the team that drew 1-1 with  Hearts of Oak from with all the usual suspects present as the reds seek to get their season back on track after the Africa heartbreak.

The league champions will this afternoon host the newly promoted side in a rescheduled fixture due to their commitments in the CAF Champions League.

Kotoko started their domestic season last week as they played their match day three fixture at the Baba Yara Stadium which ended 1-1 against Hearts of Oak.

Below is the Asante Kotoko lineup to face Nsoatreman FC