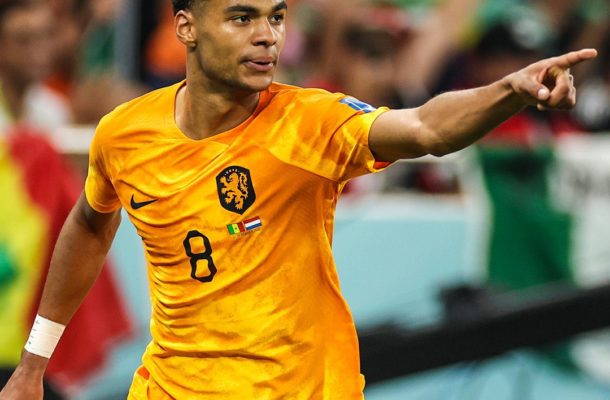 It could have been a different story had Dutch-born  Cody  Gakpo accepted to have played for Ghana last year when he was invited.

Former Ghana coach C.K Akonnor has revealed that he tried to get the PSV Eindhoven frontman to play for Ghana but the forward who was then playing for the Netherlands junior side rejected the call up.

Speaking as a pundit on the game between Senegal and Netherlands on GTV Sports+, C.K Akonnor said they tried to convince him to feature for Ghana but he rejected their advances.

"Yes, we tried to get him to play for Ghana but he ended up rejecting us for the Netherlands. This was about a year ago when he was at the junior level,” Akonnor said.

The 23-year-old was born in Holland to a Ghanaian father and a Togolese mum but has chosen to represent the land of his birth Holland.

He has been in good form for both his club and country and scored the opener for the Netherlands in their 2-0 win over Senegal on Monday.

Gakpo has thirteen goals and fifteen assists in 24 games for Eredivisie side, PSV Eindhoven this season so far.