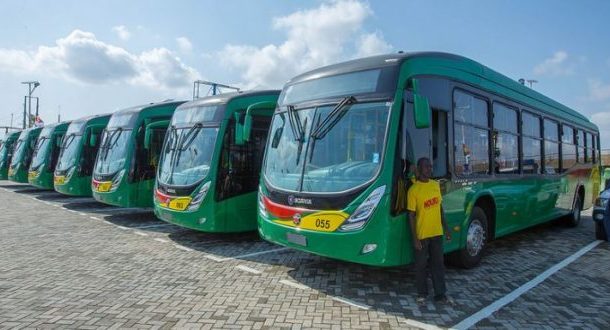 The Greater Accra Passenger Transport Executive (GAPTE), has described as unnecessary plans by some commercial drivers in Accra, to embark on strike over the introduction of the Rapid Bus Transport (RBT) service.

Some commercials in the capital, known as the Committed Drivers Association, say the introduction of the bus service threatens their source of livelihoods as they envisage being thrown out of business by the RBT service.

Public Relations Officer of the Committed Drivers Association, Francis Appiah, told Citi news it was unfair for government to introduce the service without considerations to the negative implications it would have on commercial drivers. “We are the drivers and we know how we are suffering and have been struggling.

We have children and families we feed so you can’t tell me that you are coming to give the buses [RBT] priority so that the buses use a traffic-free way and we follow traffic because of the bus”.

Speaking on the Citi Breakfast Show on Friday, September 16, Roland Bruce, Marketing and Communications Manager of GAPTE, implementers of the RBT project, said there is no reason for commercial drivers to strike over the matter, as collaboration will be maintained with the transport unions to augment the transport services in Accra.

“Our dialogues included the transport unions, in fact, we are working with these unions. We will have a round-table with them, it is not a matter going on demonstration on this.”

“Dedicated lanes are for the buses and that needs to be understood. If any car can use it, then what is the use of it,” Roland Bruce quizzed.

The RBT service, which is being implemented under the Urban Transport Project, is expected to use some 245 buses that would ply the Accra and Amasaman, Accra and Adentan, Accra and Tema and Accra and Kasoa routes.

The project is funded by the World Bank, Agence Française de Development, government of Ghana, and the Global Environment Facility Trust Fund at a cost of $ 95 million.