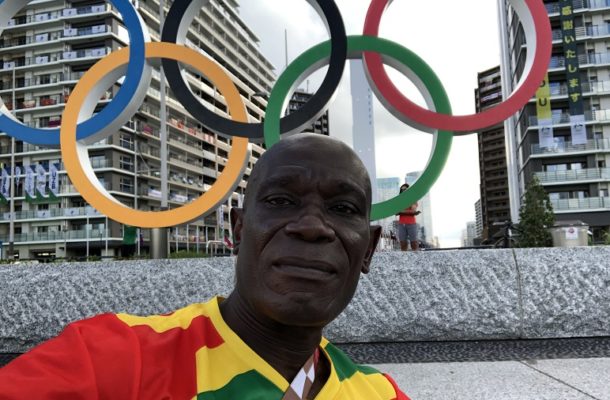 The Press Attache of Team Ghana to the Tokyo 2020 Olympic Games, Mr. Sammy Heywood Okine deserves to be congratulated and rewarded for his great work.

The man also known as ‘General One’ has been working with the Ghana Olympic Committee (GOC) since 2017 as a Volunteer, and at his first major assignment he excelled classically, marvelously and extraordinarily. 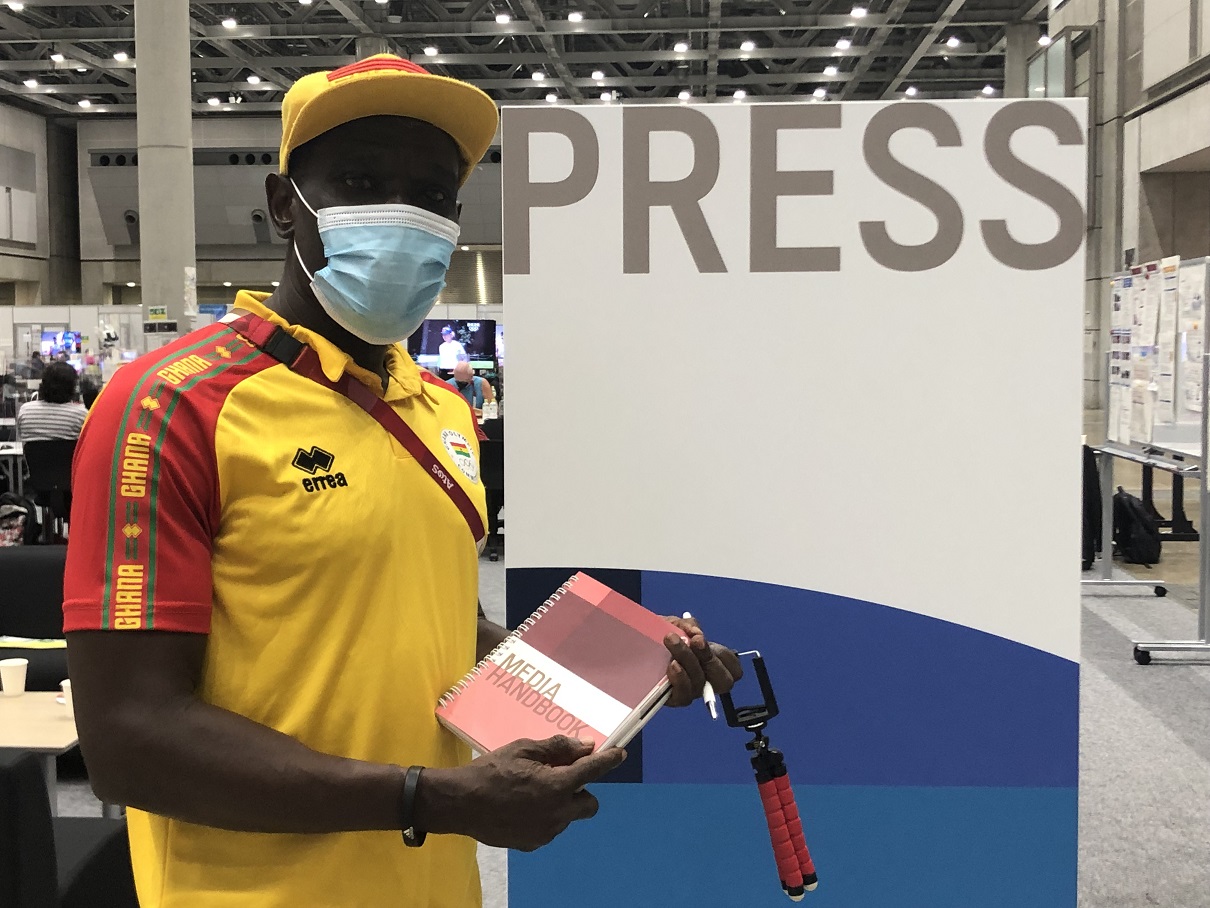 Actually, Sammy Heywood Okine was the only Ghanaian journalist at the 2020 Olympic Games, and he worked tirelessly from day to night covering Team Ghana, doing interviews, writing stories, taking picture and shooting videos all at the same time, indeed he is a genius, legend and just super.

He projected the Ghanaian contingent very excellently and shined in promoting the best positive news.

He was former Deputy Secretary General of the Sports Writers Association of Ghana (SWAG) and Producer of ‘On The Ball’ on GTV for many years.

He is currently the Ghana Country Manager of African Sports Media Network (ASMN) with headquarters in the USA.

Sammy loves sports, and is the only male director / advisor of Women In Sports Association (WISA).

He is also the Public Relations Officer of the Ghana Boxing Authority (GBA) as well as Fitness Instructor at York 250 Gym at Mamprobi in Accra, Ghana.

The seasoned Sports Journalist a product of St. Augustine’s College.