Coronavirus and Football: How the matches and sports events are affected 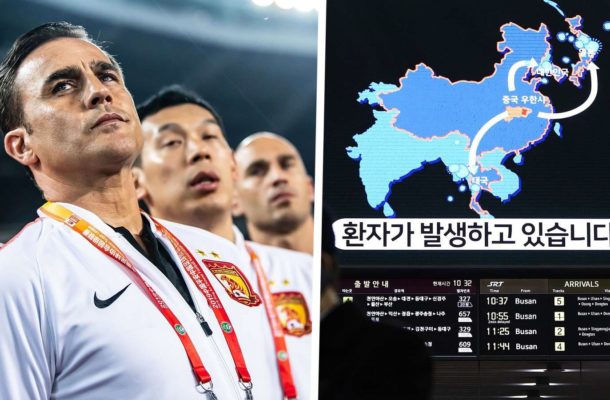 As the world attempts to contain the spread of the COVID-19 virus, the normal life including sports across the globe has come to a standstill.

World Health Organisation has already declared coronavirus a pandemic that has put a lot of countries on high alert including the ones that are important for world football. At present, most affected nations include China, Italy, the United Kingdom, South Korea, Australia and parts of Europe. Travel restrictions are put in place to avoid the spread of the virus this had a serious impact on several football events.

Here’s a look at the world football is affected by the outbreak of coronavirus.

The English Football Federation has suspended all elite football games until April 3.

On March 13, UEFA announced that it is postponing the Europa League and Champions League matches until March next week. But given the severity of the situation, it is assumed that these games cannot be played until April.

Another European nation Spain is struggling with COVID-19 outbreak with the country suspending all the first and second-tier domestic games for the next two months. The Spanish football federation and the players' union has made the announcement quoting wellbeing of players, team members and public as the reason.

The Asian World Cup qualifying matches to be held in March and June are postpone by the Asian Football Confederation and FIFA. Asia is worst hit with the virus outbreak, Japan’s J-League, Korea’s K-League and the Thai League all are put on hold.

The French football leagues-Ligue 1 and Ligue 2 - have been suspended by the federation until further notice. The German Football League (DFL) has to call off the Bundesliga and Bundesliga 2 matches that were scheduled in march and further suspended both the leagues until April 2.

The Swiss league has been put on hold and so are the two rounds of the 2021 Africa Cup of Nations qualifiers. The Confederation of African Football has taken the decision to control the spread of the coronavirus.

The knockout rounds of the Asian Champions League involving Chinese clubs Shanghai Shenhua, Shanghai SIPG and Guangzhou Evergrande have been postponed until September.

Games being played behind closed doors

While the games are continuously being postponed, some matches are being hosted behind closed doors. In Greece, the Europa League's last-16 first-leg match between Wolverhampton Wanderers and Olympiakos was played without an audience. The same was the case with the Champions League game between the PSG and Borussia Dortmund on March 11.

Several players at clubs in Premier League are diagnosed with coronavirus that has jeopardized the health of other team-mates, coaches and staff.

In Denmark, Brondby and Lyngby players were to be kept in isolation after they met with Thomas Kahlenberg who tested positive for the virus.

Arsenal head coach Mikel Arteta is also a confirmed case of the virus that resulted in the quarantine of the entire Gunners squad.

Manchester City defender Benjamin Mendy had to be self quarantined after one of his family members tested positive for the virus.

There are teams put into isolation after reported symptoms consistent with those of coronavirus. These teams include Leicester City, Bournemouth, Cardiff City and Juventus defender Daniele Rugani.

What it means for fans

Football fans across the globe are disappointed with the turn of events. Sportsbooks and bookmakers have started adjusting odds for the games after the coronavirus scare. Bets like parlays are being promoted to interest bettors. Free Parlay Calculator and other tools can help bettors find value in diminishing soccer odds as of now.

As the COVID-19 spreads sports bodies across the globe will keep cancelling or postposing football events. Still, we advise fans to practice caution when attending any soccer even.