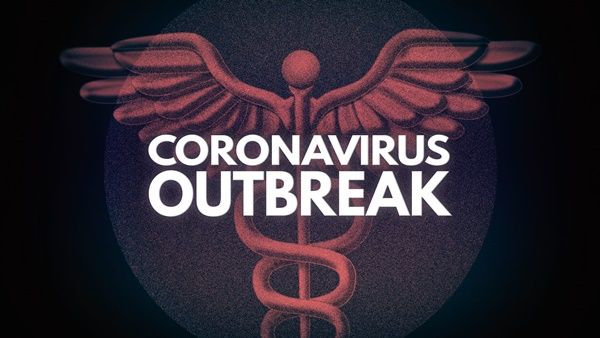 Following the current medical emergency in China, the National Union of Ghana Students-China (NUGS China) has issued an update to its members in China and all Ghanaians resident in China and Ghana.

The Coronavirus epidemic, likely to be declared a pandemic soon, has caused anxieties especially among families of students and Ghanaians living in China.

It is estimated that about 6,400 Ghanaian students are studying in China making Ghana the highest African country with students in the country.

Aside the above, there are about 400 Ghanaians, including students in Hubei province, the epicentre of this global medical emergency.

China’s Hubei province houses Wuhan; the city that recorded the first case and other cities such as Yichang, Siyang, Jingzhou, Huanggang and Xiangyin.

According to the release signed by the President of NUGS China, Mr. Felix Gyawu Addo and the Secretary-General, Mr. Bekoe Bernard Boamah, no Ghanaian has been affected by the virus and most universities in China’s Hubei province including Wuhan and other cities are providing access to basic necessities like food, water and nose masks.

The notice also mentioned that a committee has been tasked to cater for the provision of nose masks and hand sanitizers to all NUGS-China members.

Commenting on the support received so far, the statement said “The Embassy Officials led by H.E. Edward Boateng, the National Executive Committee of NUGS-China and the Executives of HUBEI Province have had closed-door meetings since January 31. These meetings (Every 48 hours) have been towards the possible evacuation of Ghanaians in Wuhan and Hubei Province and finding short term solutions to the problems of Ghanaians there”.

Among the short-term initiatives made by the Embassy and NUGS China include the provision of funds to procure protective items such as nose masks and sanitizers and constant communication with Chinese Foreign Affairs Ministry, city authorities and school administration to provide basic necessities like food.

Last week, Ghana’s Ministry of Foreign Affairs and Regional Integration through Ghana’s Embassy in China gave NUGS China RMB50,000 for safety supplies (nose masks and sanitizers). RMB30,000 of the amount was given to NUGS members in Hubei province (the province where Wuhan is located) and RMB20,000 was designated to all other NUGS China members outside of Hubei province.

Students in Wuhan chapter have also received specific donations from the Embassy and NUGS-China in addition to a personal donation from the Ambassador, Edward Boateng. The purpose of this financial support is for protective supplies but since some schools provide students these needs, the students may decide to use it for other pressing needs such as food.

In addition to monies, the services of a Clinical Psychologist has been sought for Ghanaians in China’s Hubei Province who may be going through psychological trauma and stress in these times. These short-term initiatives are in anticipation of a possible evacuation of Ghanaians located in Hubei province.

The statement mentioned the possibility of securing an airline to fly the distance and acceptance by a third country to allow for refuelling as some of the challenges inhibiting the long-term solution of evacuation. Despite the challenges, the students located in Hubei have maintained that their desire is to be evacuated to Ghana to return to their families.

Communication and engagement is key in such emergency situations and therefore the National Executive Committee of NUGS China, Chapter Executives of NUGS in the cities located in Hubei and Embassy officials have created a wechat group (instant messaging platform) where real-time discussions and information is shared to aid instant decision making based on insights and experiences.

Through technology, a coronavirus report centre has also been initiated by NUGS China to receive real-time complaints and challenges being faced by students during this period. It is believed that these multiple communication platforms will aid in the dissemination of information, monitoring of Ghanaians and the provision of assistance.