Coronavirus: Ghana not ‘off the hook yet’ – Badu Sarkodie 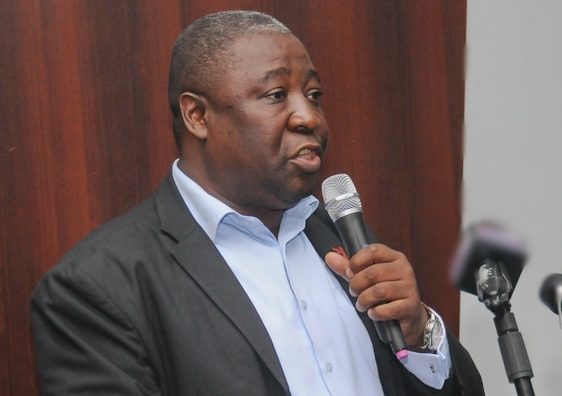 The Director of Public Health at the Ghana Health Service Dr Badu Sarkodie has indicated that Ghana is not ‘off the hook’ with COVID-19 spread.

He said even though the country recorded its single largest number of positive cases on April 25, that is no guarantee that cases may not rise.

He explained that a graph plotted on Ghana’s case counts gave this finding when testing backlogs were being cleared.

He was analyzing the graph at the Ministry of Information press briefing Thursday.

Dr Sarkodie, however, noted that based on the data available, the country is not expecting to record such quantum of large cases in a single day.

“If that assumption will come to pass it depends on how the masses observe the preventive etiquette,” he said.

He further explained “the first two samples were taken 10th of march and they became positive. It was a build-up getting to the end of April and then we have been coming down gradually. That’s what we meant being peaked.”

“This is not saying Ghana is off the hook yet. The woes are not off. To maintain this and rather come down, we need to adhere to the various preventive etiquette that has been spelt out quite a number of times,” he added.