Coronavirus not for the rich - Ghanaians told 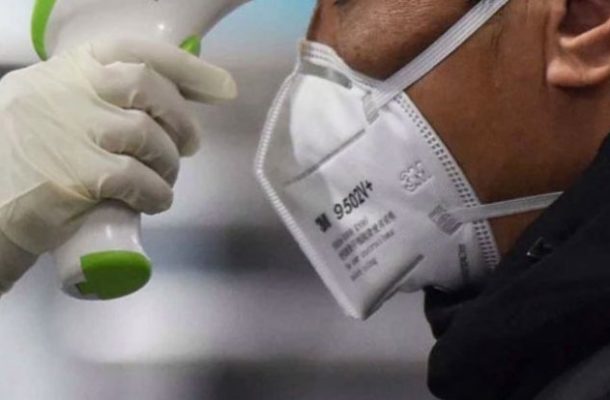 She said cases being recorded showed that children, adults, the rich, poor, elite and illiterate were testing positive for the virus and called for cautiousness among all.

Dr Quarshie-Ngissah said about 80 per cent of infected persons were asymptomatic and stressed the need for all to keep to the safety protocols, especially the wearing of nose masks, observance of social distancing and the washing of hand regularly with soap under running water.

He said the intervention came at a time when there was a sudden surge in the reported cases of COVID-19 infections in Ghana, with calls on Ghanaians to continue to observe safety protocols, particularly, wearing facemasks.

“We have been actively involved in the fight against COVID-19 since the onset of the pandemic through our cartoon series, ‘Koo, The COVID Perfect,’ to educate Ghanaians on the safety protocols and prevention guidelines,” he said.

He said through its partnership with TroTro TV, the cartoon series aired daily on the popular TroTro TV, in about 300 vehicles, reaching thousands of commuters daily and aired on some major TV stations.

Mr Baah-Boakye said the production, which was designed and produced in house by Stratcomm Africa staff, formed part of a larger campaign to facilitate an appreciation of the severity of the virus and necessary precautions to stay safe in everyday situations, such as riding public transportation or gathering in busy transit areas.

Mr Baah-Boakye said drivers played a critical role of conveying people from one destination to the other and that the journeys could be major silent conveyors of the virus.

“We trust that in donating these facemasks to drivers, they will be important vehicles through whom the message of COVID-19 prevention is conveyed and driven home to as many Ghanaians as possible,” he said.

Mr Baah-Boakye said Coronavirus was real and still “taking lives, separating loved ones, destroying businesses and slowing down our economy,” and said the reported cases were not just numbers and that they represented people who we knew and loved.

He admonished drivers to enforce the strict wearing of facemasks by passengers.

Ms Faustina Mensah, Operations Manager of TroTro TV, said; “We are proud to partner Stratcomm Africa and Christie Brown on this important initiative. By collaborating with Stratcomm Africa and Christie Brown to make this donation, we are also making available to our valued drivers and their assistants, the messages on COVID-19 prevention that they hear daily through the famous TroTro TV channels.

Some episodes of the Koo series in various Ghanaian languages were shown to the audience, with an interactive session through, which the public present was educated.