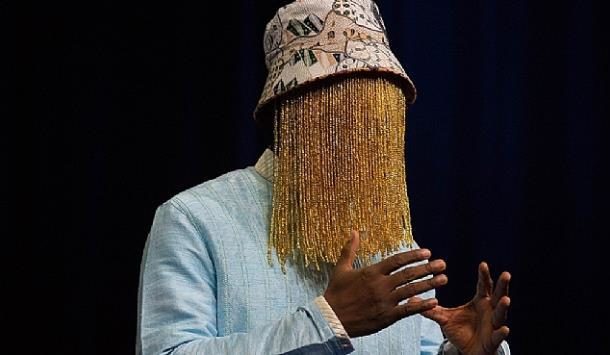 The undercover Ghanaian journalist who filmed soccer officials appearing to take bribes said on Monday that African football will continue to be held back on the world stage unless corruption is tackled more vigorously.

The documentary generated widespread uproar, prompting Ghana to launch a process to dissolve its national soccer union. On Friday, Nyantakyi said he was resigning after he was suspended by world football’s governing body FIFA.

“I think that we in Africa would have done better at the world (soccer) stage if we had not allowed people to infiltrate the camps of football setting,” he said in an interview with Reuters in Accra.

“If you had people who will sit down and fix a match and determine what the outcome will be, that is not fair to African football. If referees can sell yellow card, sell red card, sell goals, then you’re looking at a very bleak future of African football.”

He said in many instances, unqualified players were put in matches to play because someone was paid.

Anas told Reuters he expected a much bigger fallout from the documentary across the continent as ordinary citizens and civil groups have been yearning for a clean-up of African football.

“What you have seen in Ghana is a tip of the iceberg. The story is now beginning to unfold and within the next two-three weeks I am sure you’re going to start reading the impact,” he said.

Football is by far the most popular sport in Ghana, though the national team failed to reach this year’s World Cup finals.

Anas said that in addition to hampering Africa’s standing in world football, corruption was also weakening the bonds that the game forges among the people.

“Football is supposed to be a game that unites Africans despite the political differences … our hearts and minds are with football and we must not allow corruption to kill that unity,” he added.

Anas said he has received death threats over his work in exposing corruption but added he was proud of what he was doing.

“I could die today but if I do, at least, I’ll look back with a lot of pride that when that opportunity came I took it and I worked hard towards it,” he said.