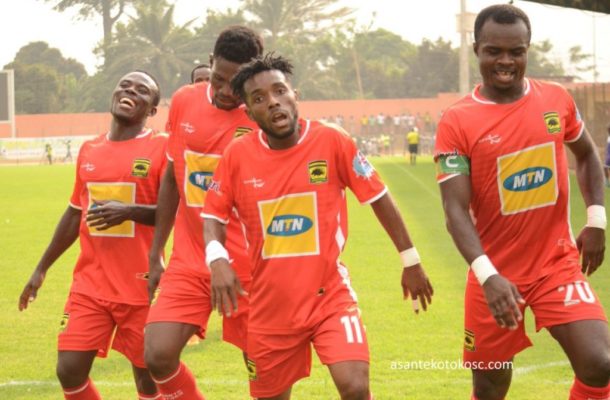 In a 7-page document signed by the president of Coton Sport Garoua and the Secretary General of the Cameroon Football Federation, Benjamin Didier Banlock, the club explains purported irregularities about Kwame Bonsu.

Officials of the Cottoners explain possible violation of article 6.5 of the competition rules on players jersey number in the playoffs phase of the CAF club competition.

The match documents which was circulated in the away game in Yaoundé has been sent to CAF by the Secretary General of FECAFOOT.

According to the reports, the document carried Kwame Bonsu’s name in jersey number 8 while the documents of the reversed fixture have the same player’s name affiliated to the number 3 jersey which is a violation of article 6.5 of the competitions rules.

The Cameroonians claim that Kwame Bonsu used two different jerseys in both legs of the game, a claim which has been denied by the Porcupine Warriors.

Asante Kotoko are, however, yet to receive officially communication from CAF about the complaint of the Cameroonian club.

The Porcupine Warriors recorded a 5-3 aggregate win over the Cameroonian side to secure qualification to the group stage of the competition.

Kotoko have been paired in Group C with Zambian sides Nkana FC and Zesco United as well as Sudanese side Al Hilal Omdurman.

Below is a part of the document sent to CAF: