Could the African eSports Championship be an interesting market for bookmakers? 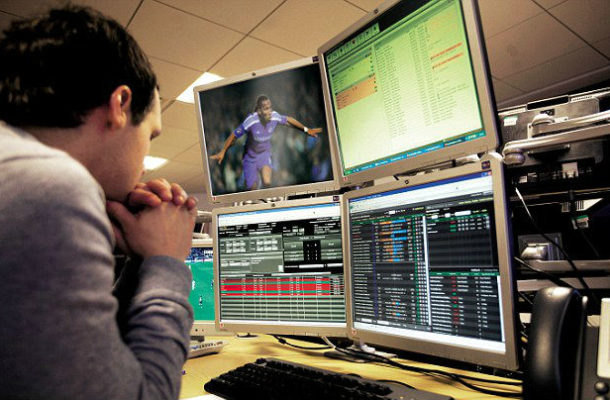 E sports in popular in Africa

Esports games have exponentially grown over the years and bookmakers have been keen to provide wagers for the esports games. Although the market for esports in Africa isn’t fully tapped, esports is gathering popularity especially in South Africa and Nigeria.

It has been projected that the esports betting will hit over €23 billion in revenue by the end of 2020 and Africa is going be a big part of it. Africa improved their network and internet connectivity a little late than other continents. Young people all over the continent have delved into different esports games due to the connectivity.

In Africa sports betting is a popular past time and vice. Africa is not far behind when it comes to esports gaming and the industry keeps growing gradually every year. The growth has caught the attention of African bookmakers who do provide betting options the championship games being played all over the world.

Despite Africa having a large population, not many people have dabbled into esports gambling. However, a good number of people who are gaming enthusiasts do engage in esports gaming by either playing or supporting the professional teams.

What games esports games are played in Africa?
A large number of esports bets have come from the game League of Legends. League of legends in Africa takes about 35% of esports betting which is very similar to Germany eSports bets are called eSports Sportwetten. The game is played by controlling a champion of your choice as you unite with a team of five to destroy the enemy nexus.

Since the game is popular all over the world, there are leagues that have been created. Fans of the game can choose their favourite team and bet accordingly. The major league is called League Championship Series. Other series for the game include, LEC(Europe), LCK(Korea) and other minor leagues.

Another popular esports gaming in Africa is CS: GO (Counter Strike Global Offensive) which takes up around 29% of the bets. CS: GO is a game that was first launched 19 years ago. The game keeps its players hooked by updating its characters, game modes and weapons.

Fifa is also another esport favourite in Africa. Since football is Universal and globally known, the tournaments are very intense but interesting to watch. The good thing about Fifa as an esport game is that it is quite hard to predict the winner because every year different people play the game on a different console.

The other games that Africans can bet on are Fifa, Tipico and Dota. All these games are quite popular in Europe and other continents and Africa is just catching up with them gradually. Other popular esports championship leagues will soon be offered by the many betting sites in Africa.

Why bet on esports games? 1. Improved favour for esports games.
If you are not a serious game you will probably be surprised that esports gaming can attract a large following. Facts about the game will astonish anyone. An example is League of Legends that is arguably one of the most popular games of all time. The first tournament that took place in 2011 had about 1.6 million live stream viewers. The game has grown exponentially since 2011 and the number of viewers has increased. League of legends has around 8 million people who login in concurrently into their accounts every day. The highest live stream views reached was 99 million in the 2018 world championship game. All these facts can attract any African with the means to wager.

2. Professional gaming with money rewards
People are attracted to money and just like casino gaming and sports betting, esports betting can actually earn anyone a living. A typical sports fan of any team would make sure they have enough information to predict the outcome of a game. With esports, you can do the same by just reading and watching enough games to predict a winner. The future is very promising as the industry grows yearly. A player can be able to win more if more people are betting on esports games.

3. Anyone can do it
Africans are used to idolizing famous icons and worshipping them for their skills. Esports is not like many other fields that require special skills and talent. Anyone in Africa could just improve the knowledge of the game. Practice and constant learning may lead an individual to play in the championship game professionally. This idea can attract a lot of players thus increasing the popularity of esports games.

Where can I bet esports games?
In Ghana, online sites offer legal ways to engage in live esports streaming and betting. Sites like Playabets, Sunbet, Sportingbet, Hollywoodbets among others are available.

Not all bookmakers offer a platform for esports betting. The most popular ones that offer good odds are:

Esports enthusiasts and fans wait eagerly to be included in the various tournaments that take place on other continents. Esports betting would greatly improve in African countries if they also participated in the tournaments. Africa still has a long way to go when it comes to participating in esports.

Some countries are way ahead in esports gaming than others, a good example is South Africa and Nigerians who have embraced esports gaming and betting.

This is one thing that is changing the betting industry and many are getting it as time goes. Betting of any kind is still considered a vice in most countries in Africa but there are no clear regulations for esports gambling.