Counselor Kham writes: Why does the NPP want Joshua Akamba out of office? 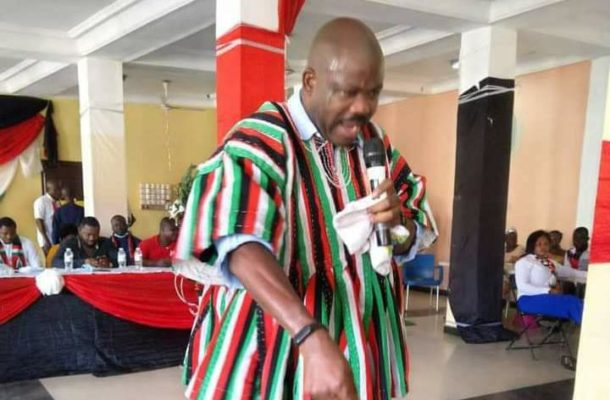 The National Organizer of the NDC, Joshua Akamba has become a thorn in the flesh of the NPP since he assumed that position.

The member of parliament for Assin Central, Hon. Kennedy Agyapong, have been heard on TV and radio programs severally threatening him and vowing to teach him a lesson, because according to him, Joshua Akamba was working against the Akufo Addo's government and making underground moves that all the national security operatives need to monitor. Several Npp stewards have also been heard vowing to make sure they unseat Joshua Akamba as the National Organizer of the NDC.
The reasons behind the NPP financier's constant threat on Joshua Akamba, was seen in the outcome of the 2020 General elections when the NDC, moved from it 106 parliamentary seat in parliament to 137. A number that has made history in Ghana politics. The field Marshall of the NDC, Joshua Akamba, was tactically on the field making sure there was unity among candidates and all executives to secure the victory. The votes of John Mahama increased massively to the extent that, we in NDC believed we had more votes than the Npp but the verdict was overturned by the EC.
Hon. Kennedy Agyapong, was heard on his TV station after the General elections, blaming the NPP and National security for not listening to him when he cautioned them about the dangerous moves of Joshua Akamba, a person he described as *A Bad Guy*
The desperation of the NPP to unseat Joshua Akamba was clearly seen three days ago when they created a fake double strawPoll, one at 5:50am and the other @ 5:56am and placed it on their Npp platforms, asking their members to vote for a certain candidate and vote against Joshua Akamba.
They made it clear to their members on their platforms that, they should support them to unseat Joshua Akamba or else breaking the 8 agenda will be difficult for them. They encouraged their members, to be insulting and damaging the reputation of Joshua Akamba on social media platforms to make him unpopular within the NDC.
Now the question is!
1) Why Does the NPP want to Unseat Joshua Akamba at all cost?
2) Is The Npp responsible for choosing a National organizer for the NDC?
3) Why does the NPP support a particular candidate against Joshua Akamba?
4) Is there anything between the NPP and that particular candidate that we don't know?
5) Could it be that the candidate the NPP is supporting did a certain biding for them before, during and after the 2020 elections anaaa?
6) Will the NDC grassroots allow the NPP to unseat Joshua Akamba and choose a candidate for them?
7) Will the NDC grassroots support Joshua Akamba to unseat the NPP government at all cost and increase more seats in parliament?
In a nutshell, why does the NPP want to unseat Joshua Akamba at all cost and fix in another candidate!!.
NDC, let's open our eyes and be vigilant until Victory 2024 is secured.
Victory 2024 can be achieve with leaders with good records of unity.

Thank You. Counselor Kham (Koriwie Haruna A. Muah) PRESIDENT OF SANKOFA MOVEMENT GH, A COUNSELOR, A YOUTH ACTIVIST & AN EDUCATIONIST