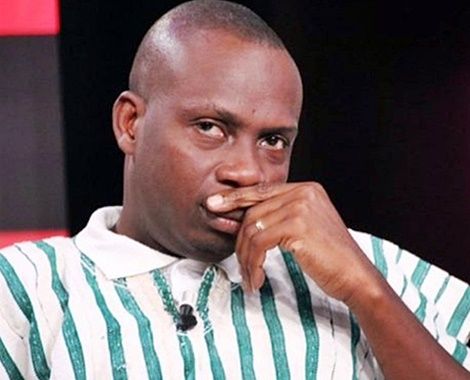 Controversial Counselor George Lutterodt is in deep trouble as it has been disclosed that he is allegedly cheating on his wife.

Counselor Lutterodt's wife is reportedly complaining bitterly about the sudden change in her husband behaviour in recent times.

According to a close source, the wife is not only bitter but also very angry that her husband is not honoring his duties to the family.

Explaining to Peacefmonline.com, the close source (name withheld) says the Counselor for several months has not been going home to his wife all in the name of work, meanwhile he is seen gallivanting at other places.

"He is not going home to his wife. Counselor Lutterodt, for months, hasn't been on the matrimonial bed with his wife. The wife is very worried. She is bitterly sore because her husband has suddenly changed", the source stated emphatically.

He is said to be frequently absent from his matrimonial home, using his duties at Okay FM and with host, Abeiku Santana's Drive time "Ekwanso Dwoodwo" as an excuse for staying away from his home and wife.

Peacefmonline.com contacted the Counselor and in his defense, debunked such claims saying they are all fabricated but he however refused to answer the question "where has he been going to after his work for the day is done?"