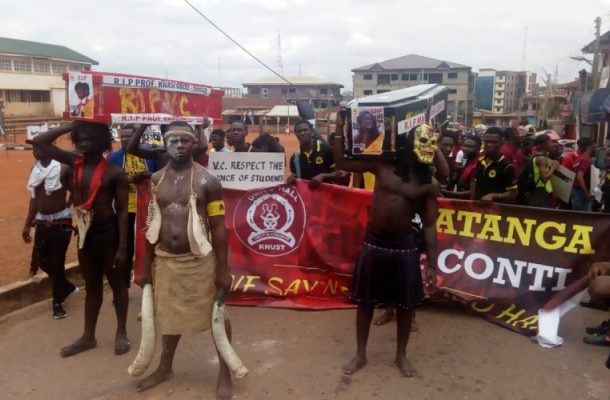 A Kumasi High court has dismissed interlocutory injunction suits filed by alumni and students of University Hall (Katanga) and Unity Hall (Conti) seeking to stop authorities of the Kwame Nkrumah University of Science and Technology from converting the all-male halls to mixed ones.The two suits were filed separately, but the court requested they be consolidated.At the hearing, on Friday, 24 August 2018, the court presided over by Justice Samuel Obeng Diawuo, ruled in favour of the management of the school, adding that some female students who have been allocated rooms in the two halls have already reported for the next academic year and a reversal will hamper school activities and cause inconvenience.However, lead counsel for Katanga Hall, Stephen Asante Bekoe, expressed dissenting views in an interview with journalists after the hearing.He hinted at heading to the Supreme Court to challenge the ruling and seek proper interpretation on the matter.The two halls have already petitioned Asantehene Otumfuo Osei Tutu II, Chancellor of KNUST, to intervene, after demonstrating through the principal streets of the Ashanti Region.The Students’ Representative Council (SRC) of KNUST has also petitioned President Nana Addo Dankwa Akufo-Addo over the conversion of the school’s single-sex halls.The university authorities say the conversion of the halls is to make room for the admission of more female students but the students and alumni have strongly kicked against the move.They want the university authorities to find alternate measures of shoring up the female population on campus without changing the status quo of the two male halls.Source: ClassFMonline