COVID-19: Ken Ofori-Atta off to United States for medical care 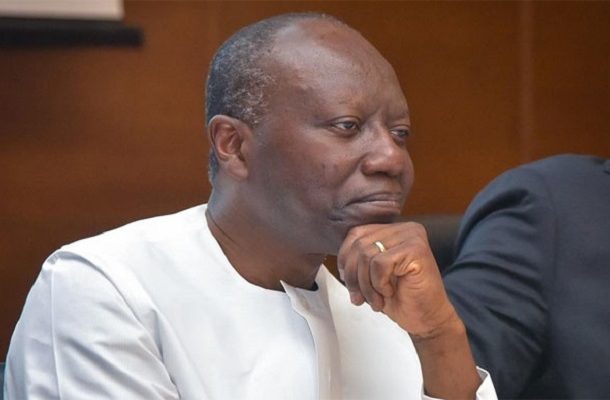 Minister-designate for Finance, Hon. Ken Ofori-Atta, will be away in the United States for medical care, Ghanaguardian.com has learnt.

According to a press release issued by the Public Relations Unit of the Ministry of Finance, the trip follows "medical complications" being experienced by Mr. Ofori-Atta after recovering form Coronavirus in December last year.

Ken Ofori-Atta who will leave the shores of Ghana on Sunday, February 14, 2021, will stay for two weeks while away in the United States, the release stated.

The Finance Minister nominee was expected to appear before the Appointment Committee of Parliament on Tuesday, February 16, for vetting after President Akufo-Addo appointed him to serve in his second term. 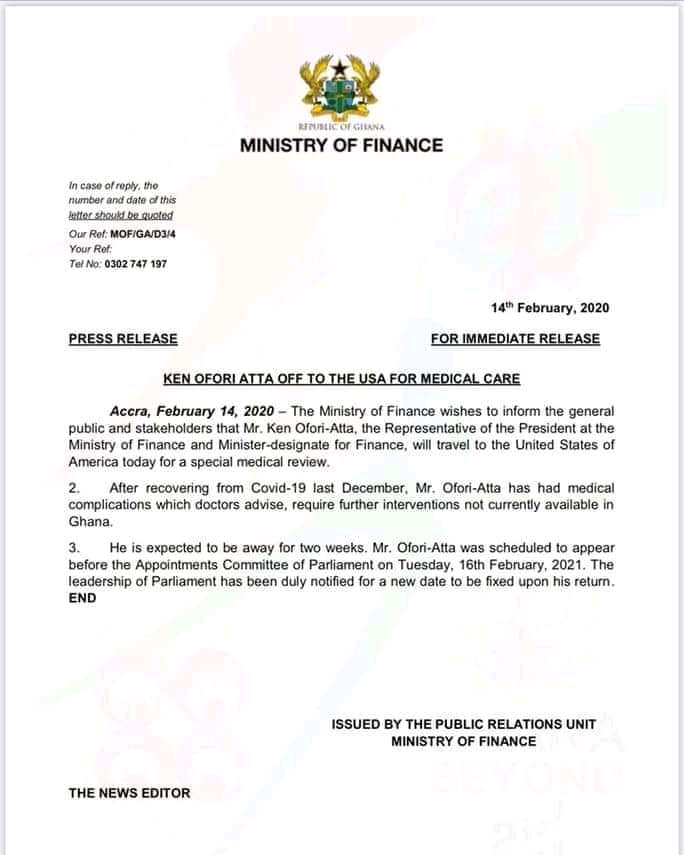